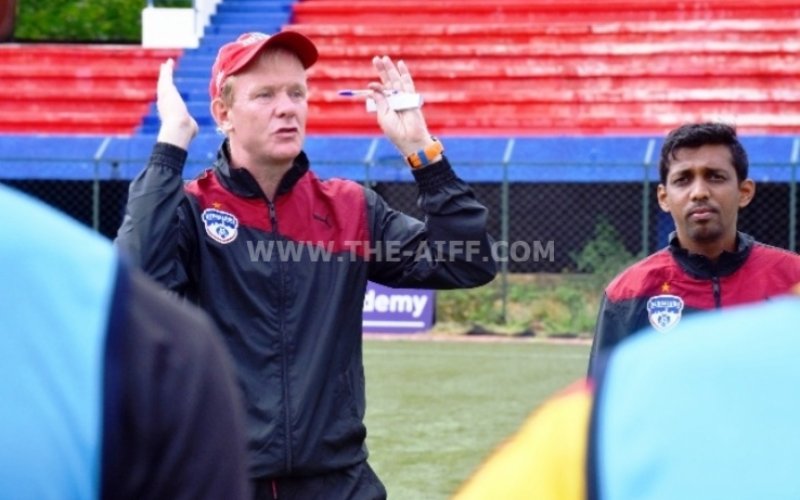 NEW DELHI: Three years back with the inception of Bengaluru FC, JSW Sports brought in a fresh air in Indian Sports, let alone Indian Football. The IT city-based Club not only clinched the Hero I-League Trophy in their first year, they successfully embossed their name in the Indian Football winning the Hero Federation Cup the following year.

A Football Club, however, bigger and greater it might be, can't sustain unless they have a robust ecosystem which depends on their supply line. Addressing the issue, Bengaluru FC have launched their residential Academy under the tutelage of the astute Dutch Coach John Kila.

In a freewheeling interview with www.the-aiff.com, Mustafa Ghouse, COO, Bengaluru FC and Mandar Tamhane, CTO touched base on various aspects akin to the roadmap, driving force behind coming up with the Academy and much more. EXCERPTS:

1. What was the driving force behind establishing the BFC Academy?

MG:  The BFC Academy wasn’t something that we decided after the club was formed. It was always an integral part of our blueprint. When we said we wanted to help Indian football, the Academy was a vital cog in that claim. We wanted to start an Academy the way it should be set up – residential with education and all other amenities to ensure that nothing gets between a player and training hard.

2. You have visited quite a few foreign academies ahead of the season. Which club has played the motivator behind the BFC Academy?

MT:  To be honest, none. We went to the Arsenal, Manchester City, Feyenoord and Ajax Academies and picked the best practices from there. It was more to understand and learn and the trip did help us a lot.

3. U-15 Y-League & U-18 I-League has not been a fairytale for Bengaluru FC last season. Was the academy setup was done to heal the wounds sooner?

MG:  Definitely not. We are not naïve to expect results and trophies from our junior teams. Yes, winning and putting up a good show is important but it isn’t the reason why we set up. Like I mentioned before, the Academy was always part of our plan before we even decided what the team would be named. We never set out to win the junior Leagues. Our focus is on developing players who will go on to represent the country. If the results come along the way, we’ll take it.

4. Pune FC & DSK Shivajians have already showcased how to run a Football Academy. What’ll be the BFC way to run the academy?

MG:  At BFC we always set high standards for ourselves on and off the pitch and the ambitions of the Academy are no different. This is a completely residential set-up with the best of everything available to the players. We want to focus on a solid scouting process where children with the right ages are picked up, provide good infrastructure and getting aboard coaches who focus solely on developing youngsters. Sports science also will play a major role in the Academy.

5. How are the senior team boys going to contribute to the academy?

MT:  As of now there’s no involvement from the first team. Of course, the youngsters have role models in the senior players to look up to. It would be nice to have the senior players come back in some coaching capacity a few years from now. But that’s a long time from now.

6. You are supposed to conduct trials in five venues but not Bengal. Why are you ignoring one of the major football hubs of the nation?

MT:  We aren’t ignoring any city or state. There are a limited number of cities we can accommodate in our calendar. Also, this is surely not the last time we are conducting a talent identification program. The future will see us reach out to more cities across the country. That said Bengal has no dearth of clubs that the youngsters can aspire to play for. We don’t have Goa and Maharashtra on our calendar too for the same reason. However, if a  player from any of these cities or states wishes to attend the trials, they can make the trip to the city closest to them and we will be happy to watch them.

7. Where do you want to see the academy cadets in 5 years?

MG:  Knocking on the doors of the BFC senior team and the national team for sure!