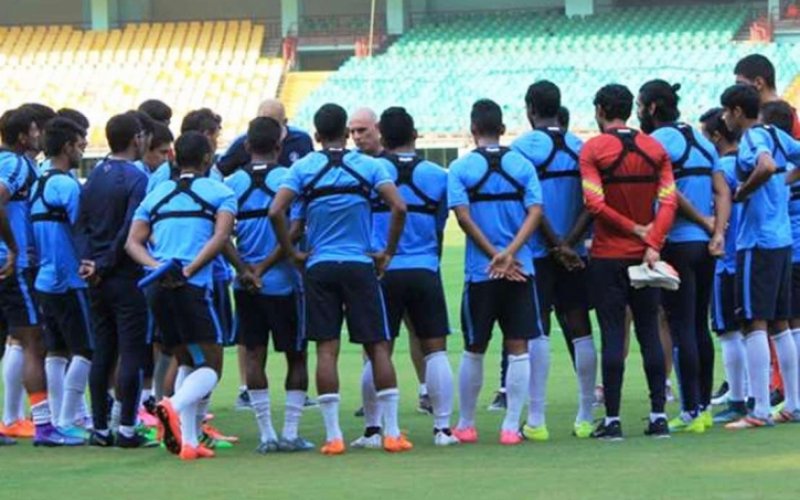 NEW DELHI: The Lebanese Football Association has expressed their regret at not being able to travel to India to play the International Friendly against the Indian National Team on June 7, 2017. Lebanon had earlier in March 2017 confirmed their willingness to play the match in Mumbai. The AIFF is currently looking for a replacement.

Expressing his disappointment, National Coach Stephen Constantine said: “The decision of the Lebanon FA, that too at the 11th hour comes as a jolt for our preparations for the crucial AFC Asian Cup Qualifier against the Kyrgyz Republic. Even as we are trying to find a replacement team, I understand that’s it’s very difficult as all other Teams have already finalised their matches.”

In an official letter to Mr. Kushal Das, Mr. Jihad Al Chohof, General Secretary, Lebanese FA wrote: “We regret to inform you that we will no longer be able to play the friendly match in subject, due to the fact this it is not possible to apply for Entry visas for the majority of National Team visas at the Indian Embassy in Beirut, as they are playing abroad with their respective clubs and it is not possible for them to come to Lebanon to apply for their Entry visas.”

As per rules under Government of India, procurement of visas on arrival for citizens of Lebanon is not granted.

The last couple of years have been extremely encouraging for Indian Football, wherein the National Team has had 11 victories in last 13 matches (including an unofficial match against Bhutan) scoring a total of 31 goals. For the first time in 21 years and only the sixth time after Independence, the Indian National Team have been ranked among the top 100 Teams in FIFA Rankings.