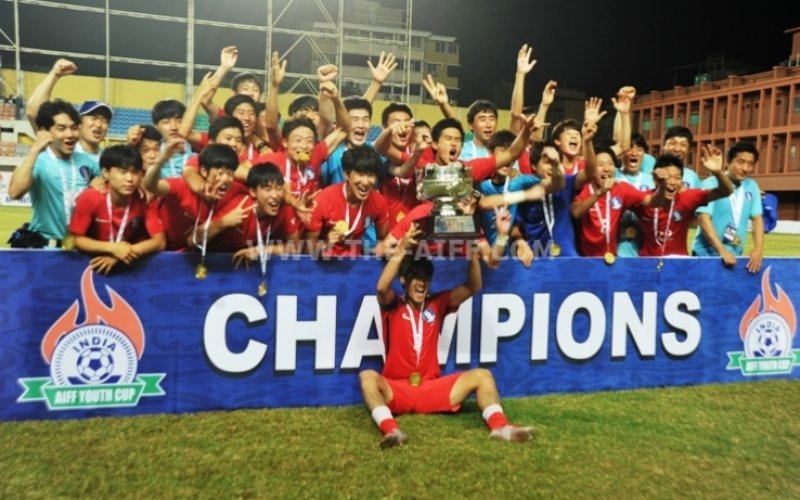 VASCO (GOA): Korea Republic defeated United States of America 2-1 in the Final to lift the inaugural edition of the AIFF Youth Cup played at the Tilak Maidan, Vasco on Wednesday (May 25).

Jeon Seungmin curled it in off a free-kick in the 114th minute of the extra-time to seal the issue after both Teams were locked 1-1 after 90 minutes.

The first goal came in the 14th minute. Lee Hakseon cut in from the right, sidestepped his marker only to see his shot hit the post and roll in much to the delight of the Korean bench.

Andrew James restored parity for the USA in the 31st minute. Grant Akinola made a great run through the middle and was tripped as he was shaping up to pull the trigger. James’ effort from the spot was saved by rival Goalkepeer Park Jimin but James tapped in the rebound.

Changing over, USA were reduced to 10-men when George Anthony was given marching orders in the 54th minute.

Korea did try to cash in on their numerical superiority but the US defence held fort as the two Teams proceeded to extra-time.

It eventually needed a piece of individual brilliance to separate the Teams – Seungmin's direct free-kick from around 25 yards doing the trick for Korea Republic in the 114th minute.