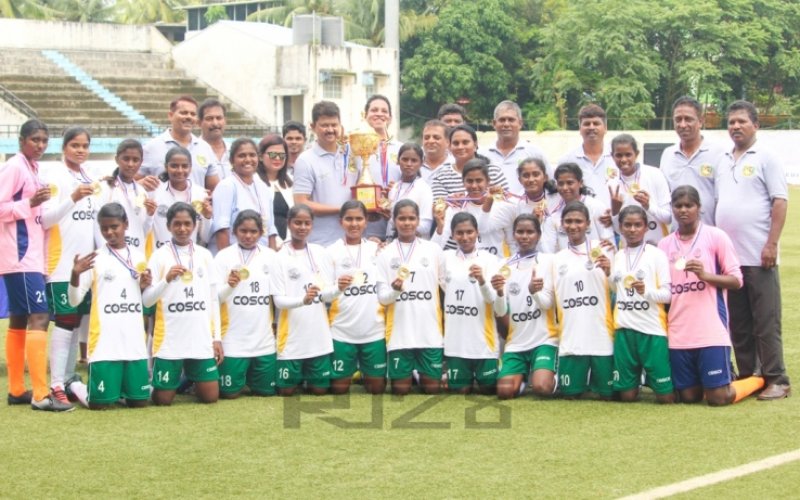 NEW DELHI: Tamil Nadu won the Junior Girl’s National Football Championship by thumping Manipur in the final 4-1 to lift the trophy in a one-sided match. But despite winning the Championship, Head Coach Gokila believes that there is still a long way to go and this is the start of a Women’s football revolution in the state.

“We believe that it is time that the potential of women’s football in the state was achieved. This is just the start of the many good things to come”

In a one-sided final, Tamil Nadu decimated Manipur and scored goals with ease while dominating possession and glossing the field of play with tacky passing.

“Manipur were tough opponents and we devised a strategy of our own to break their efforts. Our players worked twice as hard on the field that day and consistent effort led us to win the Championship”

With the winds of change blowing, perhaps Tamil Nadu can be the next nursery for women’s football in the nation. Gokila agrees, “We have the talent, we have the potential, it is just a matter of time before the growth happens”

Perhaps winning the Championship is an indication of the growth itself. Gokila acknowledges, but stays committed to taking growth to the next level.