News
It’s important not to have ‘yes men’ around you, Chhetri advises youngsters 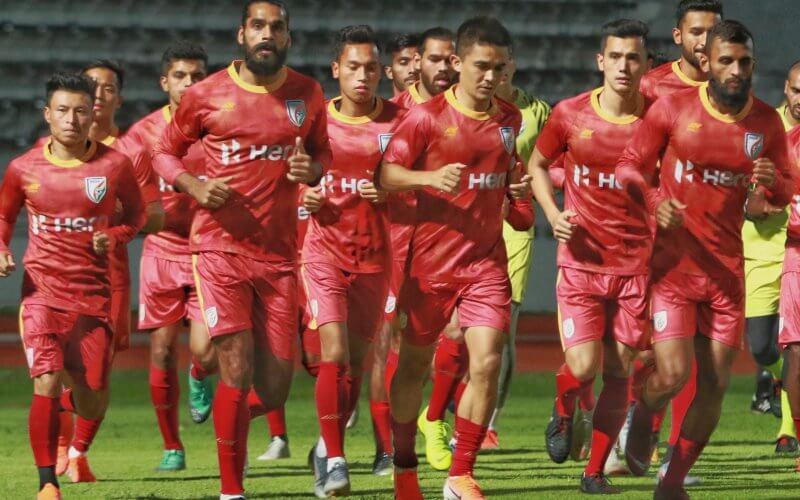 NEW DELHI: With so many talented youngsters having lost focus quite early in their career courtesy the money, adulation, glamour and the glitz, National Team captain Sunil Chhetri feels it’s important for a player to be surrounded by people who will “push you in the right manner.”

In a live chat with AIFF TV, the man, currently the second-highest goal scorer after Cristiano Ronaldo among active players in International Football with 72 goals, Chhetri stressed that footballers also need to “indulge in other hobbies, and get to understand what they need to do with the money.”

“I’m blessed with a great team, a good family and close friends. They all take care of me so much so that I can just concentrate on my game and go out there and do what I love doing,” he said. “But what’s important is that they never shy away from telling me ‘no’, if they think that I am wrong about something. It’s important not to have ‘yes men’ around you.”

“The boys need to know what to do with their money. They need to know where their money is going. I’m not an expert with these things, but I do realise the importance of knowing the basics,” said Chhetri. “I talk to them about things like taxes, investment plans, and other such stuff.”

The Blue Tigers captain further believes that what one does with his life should transcend the boundaries of the green turf, and that is he encourages is fellow footballers to keep themselves apprised about different things.

🗣️ @chetrisunil11: We have footballers have such good lives. So the least we can do is to try and improve ourselves every day 🙌#15YearsOfSC11 #BackTheBlue 💙 #BlueTigers 🐯 #IndianFootball ⚽ pic.twitter.com/GjYEW6YiM5

“You need to keep your mind occupied. Grow a hobby. You always need to give yourself something new to ponder on. We footballers train two hours in the morning, and one hour in the evening,” he informed. “We really should put the rest of our time to use to enrich the other aspects of our lives. When you die, you want to be able to say to yourself that my life was more than just about football.”

Chhetri went on to praise the people around him, stating that it is because of his “team” that he can afford to concentrate on his game.

“Surround yourself with people who want you to grow and grows with you. Your well-wishers need to push you in the right manner, and grow sharper every day.” “My team works from behind the scenes -- close friends, wife, family, all top people. People don’t know about them. I’m just the one who goes out and does my job. I am doing the last bit. Giving me the right advice, saying on my face you are wrong has helped me improve every day.”