News
It's an honour for the boys to compete in IFA Shield, says Indian Arrows Head Coach Venkatesh 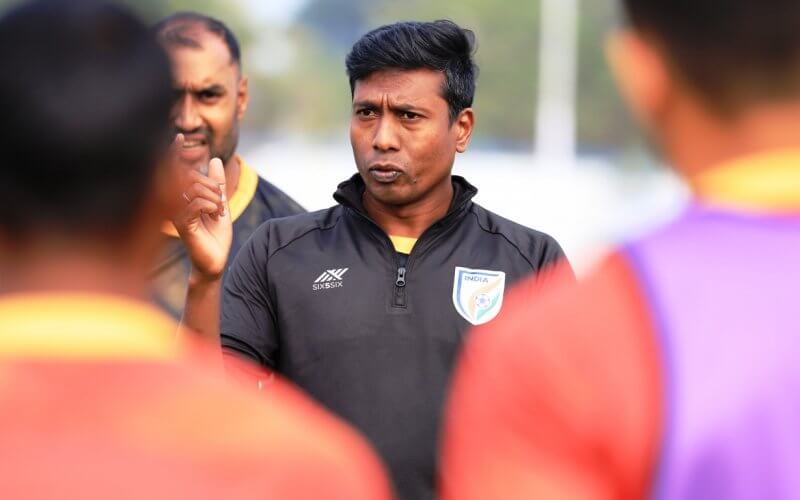 NEW DELHI: The All India Football Federation’s (AIFF) developmental side, Indian Arrows, is all set to take part in the 123rd edition of the IFA Shield as part of their pre-season preparation for the Hero I-League campaign, starting from Sunday (December 6, 2020).

Having started in 1893, the IFA Shield is one of the oldest football competitions in the world, and Arrows head coach Venkatesh Shanmugam feels that this is a good chance for the new batch to soak in some experience of playing senior football.

“The IFA Shield is one of the oldest and most prestigious tournaments in India, a lot of history is involved in this competition. It will be an honour for these young boys to play in the tournament and they are very lucky in that regard,” said Venkatesh. “As a coach, I am very happy to take this team to the tournament.”

The current Arrows batch has come through the ranks of junior football, having been promoted from the U-17 level, where they trained under head coach Shuvendu Panda in Bhubaneswar, Odisha. Government of Odisha provided with the infrastructure and facilities for the boys to train.

The boys, who have now progressed to the Indian Arrows team, will assemble in Bhubaneswar for their training camp on November 20, before heading to Kolkata for the IFA Shield and subsequently the Hero I-League.

The Indian Arrows are drawn in Group C of the IFA Shield, where they are set to play their first match against Southern Samity on December 6, followed by a clash against George Telegraph SC on December 9. Head coach Venkatesh feels that his charges are prepared to face the upcoming challenge in Kolkata.

“They can compete with any team in the IFA Shield. But our main focus will be on getting the boys ready for the challenges coming ahead It is a great way to prepare for the Hero I-League,” said Venkatesh.

“We will get to know where the team stands in terms of fitness and togetherness. There are a few teams from the Hero I-League in the tournament too, so it will be good for the boys to get into the mindset to face teams of that level,” he continued.

Venkatesh, who is also the assistant coach of the Senior Indian Football Team under head coach Igor Stimac, feels that having five substitutions will help the cause of the Indian Arrows, as more boys will get match experience under their belt.

“I can get a good look at all the players in the team during this tournament. Especially with the use of five substitutions, I can gauge the calibre and potential of the players as well. It goes both ways – getting experience under their belt and also a chance for the players to prove themselves,” stated Venkatesh.