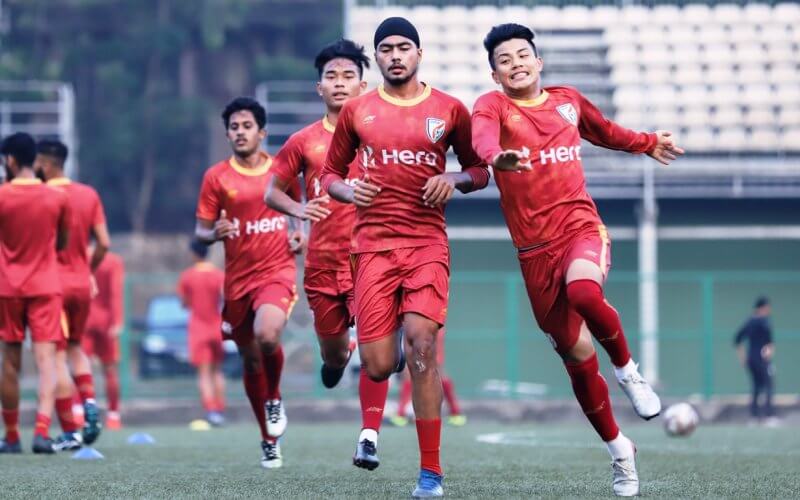 Mumbai, February 16, 2020: The Hero I-League returns to the Cooperage Stadium in Mumbai for the first time in three years on Monday (February 17, 2020) when the All India Football Federation's (AIFF) developmental side Indian Arrows square off against Kolkata-based Quess East Bengal. The match is slated for a 7 PM kick-off and will be broadcast LIVE on1Sports, with online streaming available on the Fancode app and website.

The Arrows stunned the Red and Golds in Kalyani a couple of weeks ago, coming away with a 1-0 win, following which they received a huge round of applause from the home side's fans. After that though, they lost 0-1 to defending champions Chennai City and played out a goalless draw against Neroca.

Shanmugam Venkatesh, Head Coach, Indian Arrows asserted confidence ahead of the match and said, “We are confident of a positive result against Quess East Bengal. Our last match against them was a good one for us and we will give our 100% once again.”

Having won against the Kolkata giants already, Coach Venkatesh remains wary of the challenge they still possess and added, “As I said earlier too, they are a very good team with a lot of talented players and we will have to be at our best to get the result we want.”

Quess East Beng have had a plethora of problems to deal with over the season but can take note of a select few positives from their last outing against Punjab FC. They struck early in that game, courtesy of an Ansumana Kromah stunner but succumbed to lacklustre defending and conceded an equaliser, eventually drawing 1-1.

Despite the tough times that QEB have been going through, their supporters still remain firmly behind their team as the proverbial 12th man and Ansumana Kromah, Forward, Quess East Bengal voiced his gratitude ahead of the game by saying, “We are all grateful for the passionate support we still have and I’ve felt that ever since I came back.”

Kromah had been struggling to find himself in the starting XI but Marcos Jimenez De La Espada’s dismissal in the reverse leg against the Arrows paved the way for him to make a point. Against Punjab, both Espada and Kromah were named to start up front, with the latter delivering the goods and finding the net.

"We have to respect the Indian Arrows. They are a great team with some outstanding young talent. They like to run a lot and they stunned us at home. We need to be careful, especially their right-wing which can cause us some trouble," he concluded.

News PK-da was the ‘Guardian Angel of Indian Football...