News
Indian Arrows come from behind to stun Churchill Brothers 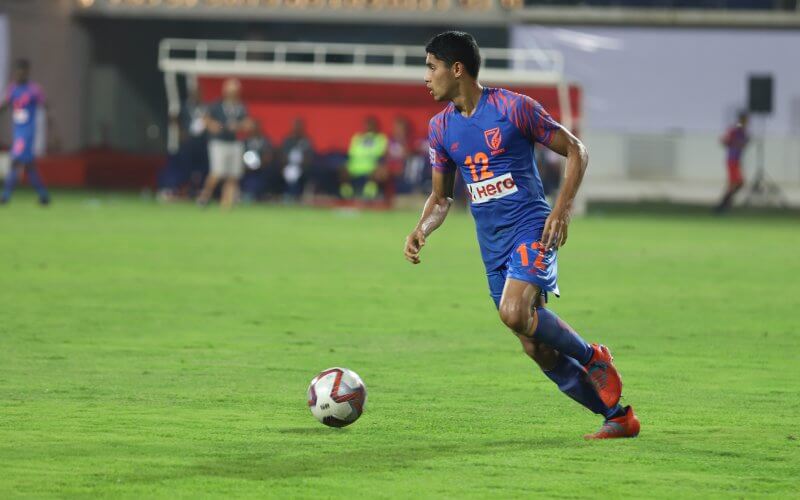 Goa, December 28, 2019: In the first massive upset of Hero I-League 2019-20 season, Indian Arrows came from behind to defeat the in-form Churchill Brothers FC Goa in their own backyard by a score of 2-1.

Reaping the benefits of the tactical brilliance of Shanmugam Venkatesh, the substitutes of the Arrows proved to be the game-changers. This was the first win for Indian Arrows in four matches and the first defeat for Churchill Brothers in three.

It was one of those rare days for Churchill Brothers when Dawda Ceesay was starting on the bench. Instead, Coach Bernardo Tavares started with Khalif Al Hassan. The half started to the home team’s surprise as Indian Arrows looked like a completely different team.

Arrows dominated possession and pressed high, trying to get the first break of the match. The first major attempt came within five minutes of the start of play as captain Vikram Partap Singh made a run down the left flank, but the cross from him went straight to the Churchill keeper.

Churchill seemed to be on the back foot but the same didn’t stay for long. With 16 minutes on the clock, Willis Deon Plaza started to assert his presence in the game, beating two Arrows defenders, eventually to be tackled by Lalbiakhlua Jongte. The shot, though, was going towards the goal, which was eventually cleared off the line by Hormipam.

In the 30th minute, Churchill again came close as a cross from the right by Robert Junior Primus hit Hormipam and fell for Abu Bakr, but the latter failed to score with an open goal in front of him.

The home team was finally rewarded for its repeated attempts as a beautiful delivery by Israil Gurung, from a corner found the towering head of Abu Bakr, to give them the lead minutes before the half-time whistle. In the added time, Khalif Al Hassan’s shot from distance tested the Arrows keeper but the score stayed at 1-0 going into half-time.

The second half resumed with Churchill trying to slow down the pace of the game and Arrows looking to get an equaliser. In the 47th minute, Aman Chetri who came on a substitute for Harmanpreet Singh, created a chance from the right but the cross couldn’t be tapped in by Vikram.

With 64 minutes on the clock, Churchill came on with two changes as they brought on Dawda Ceesay for Vinil Poojary and Richard Costa on Vangchhia. Arrows also made their second change by bringing on Telem Suranjit Singh for Manvir Singh, who was struggling in the second half.

The moment of glory for Arrows finally came in the 78th minute, when a low cross by Aman Chetri from the right was smashed into the back of the net by an onrushing Givson Singh. It was looking as if the match will end in a draw but a misunderstanding at the back between Junior Primus and James Kithan gave Arrows the lead, as substitute Telem Suranjit Singh capitalised on the offer and scored the second goal for the away side in the 90th minute.

Arrows didn’t back down till the end as Aman Chetri, who was proving to be the real impact substitute, showed immense individual skill and hit the goal post moments before the end of the game. Arrows finally held on to their lead and closed the match 2-1 to get their first win of the 2019-20 Hero I-League season. Indian Arrows mid-fielder Moirangthem Givson Singh was awarded the Hero of the Match.