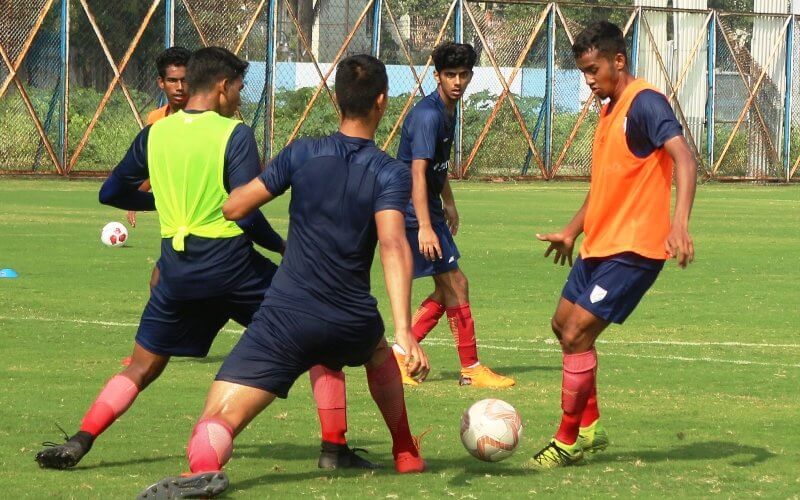 KOLKATA: The new batch of Indian Arrows have got the 2020-21 season underway with the IFA Shield and the boys have already started to chart out their “learnings” from their “first experience” in senior football.

The All India Football Federation's developmental squad, which assembled in Bhubaneswar last month for a brief camp which was facilitated by the Odisha Sports, before travelling to Kolkata for the Hero I-League pre-season, and the IFA Shield.

A number of the boys in the current batch have come through the ranks of junior National Teams. Having their first taste of senior football for the first time, the boys have got some invaluable experience during their transition phase whey they believe it helps them “mature into better players.”

Fullback Leewan Castanha had to come up against players who are both physically more imposing, and have greater experience. However, the youngster believes in thinking like his opponents to tackle them to take Indian Football Forward Together.

"The players we played against have a lot of experience. They're physically more developed than us," said Castanha. "I had to think like them in order to play against them. When you face up against an opponent that is more physical than you, it is important to not back down."

Vibin Mohanan, who operates in the heart of the midfield, believes that it is crucial to learn from the mistakes that one makes against tough oppositions.

"Dealing with the opponents who are physically stronger is certainly a very different proposition than what we had in junior football," said midfielder Vibin. "We did make a few mistakes. But the coaches have been very supportive in training, making us work on the areas that we are lacking."

Goalkeeper Ahan Prakash had a particularly good outing against George Telegraph in the IFA Shield, even saving a penalty early on in the game.

"I saw him looking towards my right side. So I guessed that he might go that way and I dived. Often, it's these split-second decisions that make the difference in penalties," said Ahan. "That save gave me a lot of confidence. We may be younger but we can match them if we do the right things on the field."

While the young Arrows boys have to face up against physically stronger opponents, they have one advantage -- fitness.

"They may be more physical than us but fitness is one area where we can beat them," stated forward Vanlalruatfela, who went on to describe his own method of dealing with physically imposing defenders.

"In terms of physical strength, they can easily beat me. So I need to improve on my strength. And that process is already on. There are little adjustments that we need to make in order to deal with life in senior football. We have just commenced our journey in senior football, and there is, of course, still a long way to go.”