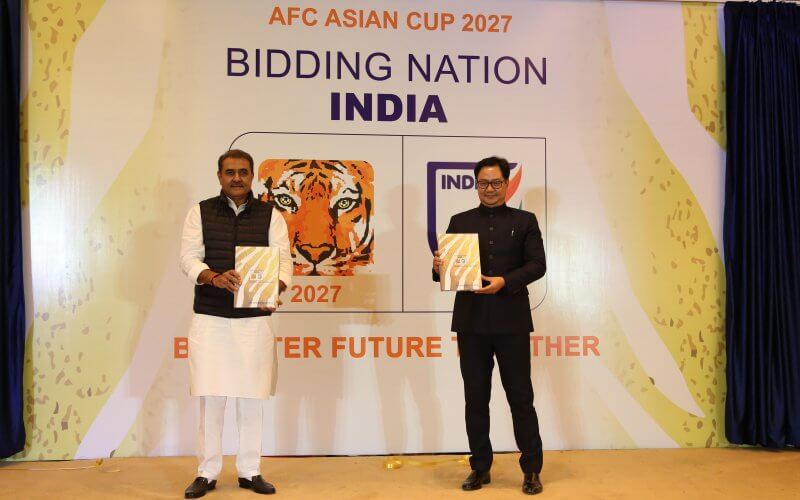 New Delhi, India; 16 December 2020: All India Football Federation (AIFF) has formally announced its candidature to host the AFC Asian Cup 2027 and deliver a Brighter Future Together for football in India and across Asia.

The bid promises to take Asian football to new heights by working in partnership with the AFC to unlock new commercial opportunities, drive growth and build on an ever-growing love for the sport among the country’s youthful population.

"It has taken a lot of hard work to reach the level we are at today, where we can think of hosting international events year on year. The 2017 FIFA U-17 World Cup in India left an indelible mark on our country and we're now working towards ensuring FIFA U-17 Women’s World Cup and the AFC Women’s Asian Cup go down as two of the most successful women's international football tournaments. We're continuously working on infrastructure upgradation and football development, and India would be honoured to be selected as the host for the 2027 AFC Asian Cup. It is an unparalleled opportunity to take Asian football to new heights and create a Brighter Future Together, for India, for the AFC and for our whole continent."

"Hosting Asia's biggest football event, the AFC Asian Cup 2027 will be a huge milestone for Indian sports. Our nation is perfectly poised to host a mega sporting event of this magnitude. We have extensive experience over the last two decades of successfully planning, organising and staging some of the world’s biggest sporting events and are looking forward to hosting two more big events in 2022 - the FIFA U-17 Women's World Cup and AFC Women's Asian Cup. I assure you that all government support will be given in getting this tournament to India, and making it a memorable one for everyone involved."

With modern, world-class stadia, well-connected and welcoming host cities, full and unwavering government and state support, and a proven track record of delivering major international events, India would guarantee a safe pair of hands as tournament hosts. In addition to the FIFA U-17 World Cup in 2017 - the most attended FIFA youth tournament in history with a record 1.34 million spectators - India is also due to host the FIFA U-17 Women’s World Cup and the AFC Women’s Asian Cup in 2022.

Transformational legacy initiatives are already in place to harness these opportunities and fast-track the development of the game, from grassroots participation to elite performance. An Asian Cup 2027 in India would further accelerate growth, delivering tangible benefits for the sport, while placing the country firmly on the global football stage.

As hosts, India would deliver a vibrant and exuberant celebration of football, filling stadia and connecting fans across the region through a shared love of the beautiful game. Visitors would experience the nation’s diversity and warm hospitality built on the ethos of “Atithi Devo Bhava” (Guests are equivalent to Gods) and “Vasudhaiva Kutumbakam” (The World is one family). The India 2027 campaign's powerful logo, revealed at the launch, represents the ambition, commitment, focus and spirit of the bid, epitomised by the royal tiger. The tiger is also an emblem of India’s national team, the Blue Tigers. The slogan, Brighter Future Together, highlights the exceptional opportunity the bid presents for AFC and AIFF to work in partnership and take Indian and Asian football to the next level.