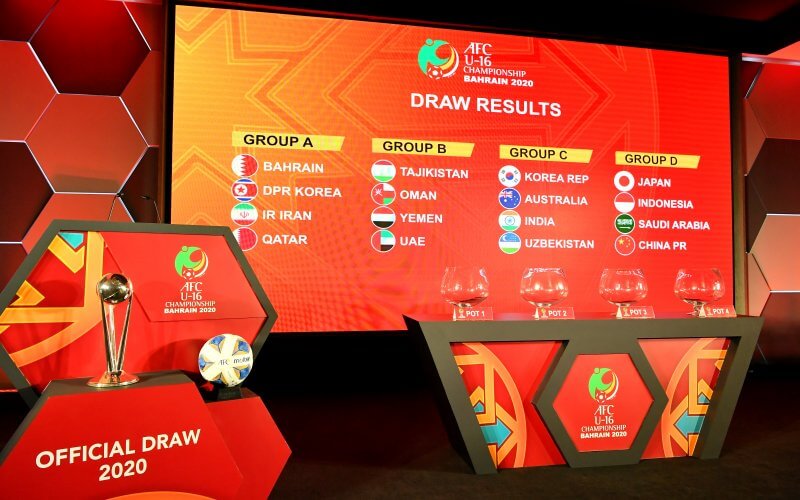 NEW DELHI: India were clubbed with Korea Republic, Australia and Uzbekistan in Group C at the official draw for the AFC U-16 Championship Bahrain 2020 held at the AFC House in Kuala Lumpur earlier today (June 18, 2020).

The four semi-finalists of the competition will earn a direct qualification to FIFA U-17 World Cup Peru 2021.

India qualified for the U-16 Finals when they finished as Group B champions in Tashkent from a group which had Uzbekistan (hosts), Bahrain and Turkmenistan. The Indian colts finished with 7 points from three matches scoring 11 goals, while conceding 1.

This is India’s third consecutive qualification in the AFC U-16 finals, and ninth overall.

India U-16 National Team Head Coach Bibiano Fernandes stated that the “boys are looking forward to it".

“I don’t like to pre-empt any expectations prior to the start of the competition. At this level all the teams are tough to play against. We as a team have improved over the years. I’m sure that the boys – much like myself, are looking forward to it.”

Incidentally, the Indian colts had faced Uzbekistan in Tashkent in the qualifiers in 2019 where it had ended 1-1.

“When we last played Uzbekistan in Uzbekistan, we discovered that they were such a composed side. There’s a long gap between the qualifiers and the U-16 finals and it’s understandable that they have had ample time and opportunity to improve as a team. But we are ready for the challenge,” he maintained.

The current batch will head to the Championship in Bahrain on back of some amazing results last year that saw them net score a whopping 28 goals (without conceding any) from five matches on their way to the SAFF U-15 Championship title. The boys currently stay unbeaten in eight International matches.

In the last edition in 2018 in Kuala Lumpur, the U-16 boys stayed a win away from a direct qualification into the FIFA U-17 World Cup when they lost to Korea Republic by a solitary goal in the quarterfinals. That was India’s second entry into the quarterfinals, the earlier being in 2002.