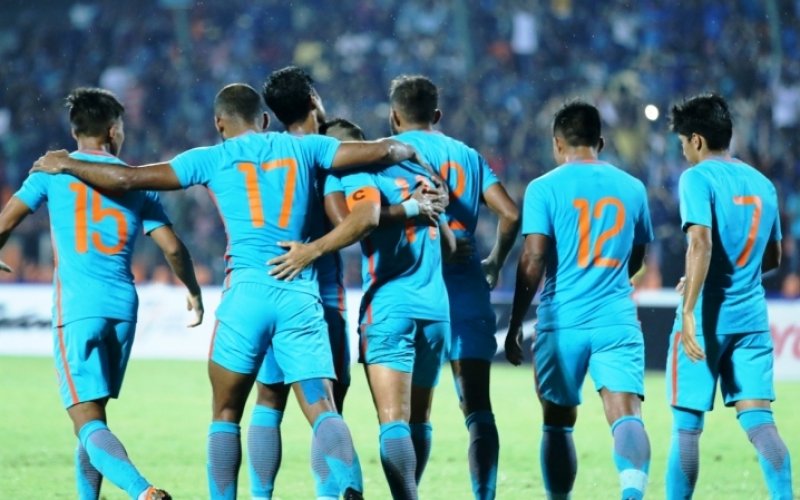 NEW DELHI: As part of their preparation for the forthcoming AFC Asian Cup UAE 2019, the Indian National Team will be playing an International Friendly against China on October 13.

The match which will be held in the scheduled FIFA October window will be played at the Suzhou Olympic Sports Centre Stadium at Suzhou City, Jiangsu province. The kick-off has been slated for IST 5.05pm.

This is the first time ever than an Indian Senior National Team will be travelling to China. The two nations have till now faced 17 times, all on Indian soil -- the last being 21 years ago for the Nehru Cup in Kochi in 1997.

For the record, India are yet to win a match against China. Off the past 17 matches, 12 have gone in favour of China while rest 5 were drawn.

However, the Indian National Team has been on an upsurge over the last couple of years, maintaining an unbeaten run of 12 official matches for a span which extended from June 2016 to November 2017.

“Globally India and China are now being looked up to as two of the fastest emerging Football markets. The match will usher in a new era in Asian Football as this is the first-time ever that the Indian National Team will be travelling to play in China. We look forward to a long term bilateral footballing relationship with China in near future,” he said.

“Playing against China in China is a perfect way to gear up for the AFC Asian Cup UAE 2019. China are a supremely talented side and it will provide us an opportunity to further gauge ourselves where we stand prior to the Continental Championships.”

India are currently ranked 97 in the September FIFA Rankings while China are at 76.

The October International Friendly assumes huge importance as it will set the pace for India’s preparatory process for the upcoming AFC Asian Cup (January 2019) in UAE.

National Coach Stephen Constantine stated “this are the kind of games we need.”

"China are a strong team and the match will be a tough test for us. But we need to play these sort of game right now. Getting to play under pressure is important and an away fixture in China is exactly the kind of game we need,” he quipped. "Hopefully everyone stays free from injury as it's going to be an important game for the build-up to the AFC Asian Cup in January.”

Meanwhile, the India U-16 National Team had visited to China earlier this year for an invitational four-nation tournament as part of their preparation for the ongoing AFC U-16 Championship Malaysia 2018.