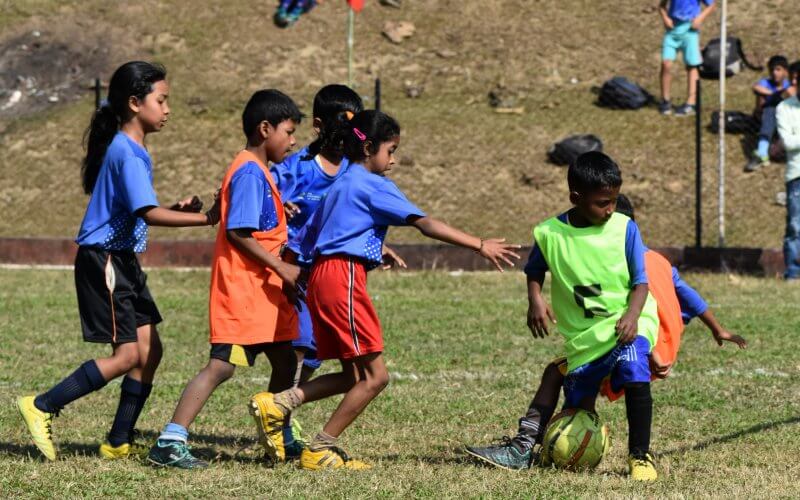 NEW DELHI: Across the world, Assam is renowned for its tea gardens as well as its passion for football. In the Golaghat district of the state, the two come together to form a perfect blend through the Golden Baby Leagues to take Indian Football Forward Together -- giving hope of a “brighter future” to the families living in the tea estates.

"A large portion of our players come from the surrounding tea gardens. They possess so much talent. But the mindset of most parents isn’t much in tune with modern times. The lives of most of the kids begin and end in the tea gardens itself. However, through football and the Golden Baby Leagues, they gain exposure of life outside the gardens and gives the families hope that the sport can change their lives and give them a brighter future," Chinmay Bora, the League Operator for the NRL Football Academy Golden Baby League in Numaligarh told www.the-aiff.com.

The Golden Baby Leagues project was started by All India Football Federation (AIFF) in 2018 with the aim of nurturing a new generation of boys and girls who start playing football at a very young age.

In its first season, the Golden Baby League in Numaligarh saw over 400 children take part across three age-groups -- U-8, U-10 and U-12 but interestingly, it was the response of the parents that stood out.

Operating through a network of feeder centres across the Golaghat district, the organizers conducted interactions with parents and showed them how Golden Baby Leagues are being organized and the positive impact they are having on young kids, using examples from the neighbouring states of Meghalaya and Mizoram.

As a result, the interest levels among parents started to grow gradually and has now blossomed into a “wholesome environment” according to Bora, who shared a heart-warming anecdote to illustrate the same.

"Earlier it would be just the child coming to play and leaving. In the GBL though, the number of parents coming to watch would increase with every match day. Slowly we started providing refreshments only for the children and then, we saw that the parents converted the GBL into a family outing -- bringing their own food and enjoying the day watching their children. The wholesome environment that has been created is great to see," Bora informed.

"After the Golden Baby League, the response has been amazing. Parents who were reluctant to send their children now keep asking us about upcoming matches. There has been a significant increase in interest levels among the children as well."

Another important aspect covered in the meetings with the parents and the Golden Baby League was the usage of the correct documents while registering the players.

"Through our interactions and even during the league, we educated the parents about the importance of using the right documents. We told them that once registered the documents will apply for the rest of the child's career. They understood our point well and cooperated with us."

Due to the overwhelming response from the children and their parents, the organizers have plans to extend the duration of the Golden Baby League in Numaligarh to three months in the 2020-21 season, once normalcy returns.

It also includes increasing the number of grounds and conducting matches in a home-and-away format among the feeder centres to popularize the game in specific pockets.

The GBL is organized by the NRL Football Academy, which was started in 2012 a Corporate Social Responsibility (CSR) initiative by Numaligarh Refinery Limited, a public sector oil company, and competes in all three youth-level leagues organized by the AIFF.

"The Academy aims to provide top-quality coaching free of cost to children, who are mostly from economically weak backgrounds. If other oil companies and other corporates in Assam and even India can follow the same model and include football development in its CSR activities, it can have such a massive impact on the sport in our country," Bora opined.