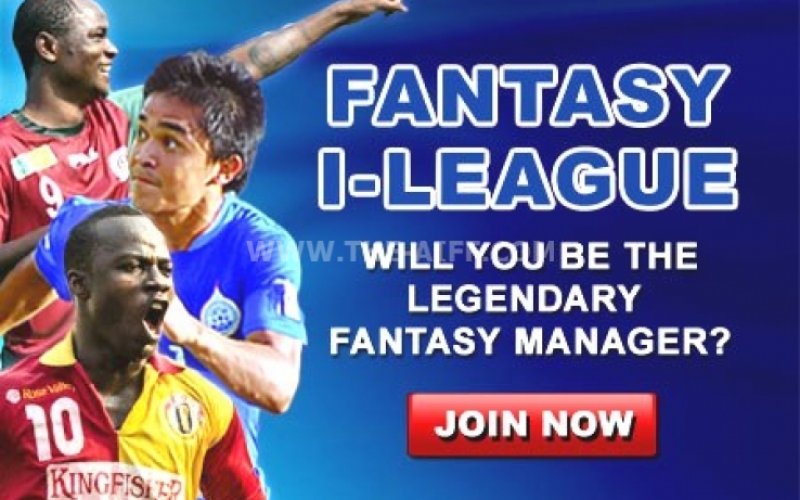 NEW DELHI: The All India Football Federation (AIFF) has signed a 3-year partnership with FanXT as the official provider of the first ever Fantasy Football game for I-League (http://fantasyileague.fanxt.com).

As fantasy football managers, I-League fans across the country and abroad can form their own I-League Fantasy Football Teams from a selection of players like Sunil Chhetri (Bengaluru FC), Mehtab Hossain (East Bengal) and Lenny Rodrigues (Churchill Brothers SC); as opposed to only watching and commenting on the matches.

This would be I-League’s first foray into fantasy football; allowing I-League yet another channel to engage their fans.

AIFF General Secretary Mr. Kushal Das said, “With the introduction of Fantasy I-League, we can bring fans to relate more with our nation’s football scene by encouraging them to pay more attention to the league details like game scores and player statistics; in other words be good fantasy managers.”

I-League CEO Mr. Sunando Dhar added: “Fantasy League is popular in all major Leagues around the world. So we thought it is time to start one of our own not only to promote the I-League but also to make Indian footballers household names.”

Unlike the US, fantasy sports culture had yet to have a stronghold in Asia and Europe, but has seen a significant rise in participation in recent years; with association football long taking center stage in these parts of the world.

Not wanting to fall behind in the region’s fast-expanding fantasy sports scene, I-League’s decision to introduce fantasy sports is timely – pushing I-League further into the spotlight not only in India’s sports industry, but also globally.

Additionally, I-League’s loyal fans can finally interact on a deeper level with the league; having yet another way to express their passion for the league. Suffice to say, FanXT will be helping both I-League and their fans to bring the I-League to a new level in India’s sports scene.