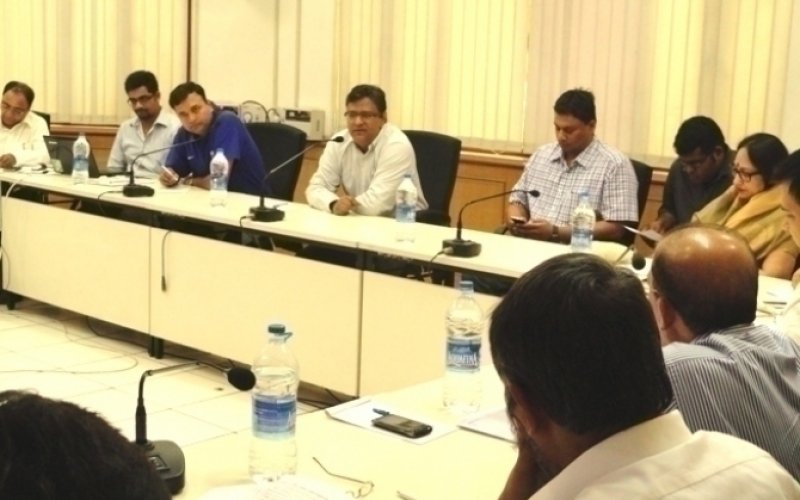 NEW DELHI: Members of all the I-League Clubs met at the All India Football Federation (AIFF) Headquarters, Football House in Dwarka to finalise the Fixtures for the Upcoming 2013-14 Season.

This was the first time all Club Representatives were called on to discuss the Fixtures of the Marathon League.

“The Meeting was a fruitful one. The Fixtures were discussed in detail with all Club Representatives. Everyone as given a chance to voice their concerns and only after hearing them did we finalise the Fixtures for the Upcoming I-league Season,” Dhar told www.the-aiff.com.

The Broadcasting timings were also discussed in detail in order to grab more eyeballs watching the I-League.

The Federation Cup Draw was also held after all the Clubs unanimously decided to revert back to the Group and Knockout Format.

Due to major financial and infrastructural problems, the AIFF had no option but to discontinue with Pailan Arrows, making the I-League a 14 Team affair.

All the Clubs unanimously decided to revert back to the previous Format of the Federation Cup only for the 2013-14 Season after discussing in detail about the pros and cons of the New Format and the cramped scheduling of the I-League and Federation Cup calendar.

The Premier Cup Competition in India will now take place in January 1-12, 2014. The Venue is yet to be decided.

The Draw for the Federation Cup which would be played in a Group & Knockout Format is as follows:

The Club Representatives present were: