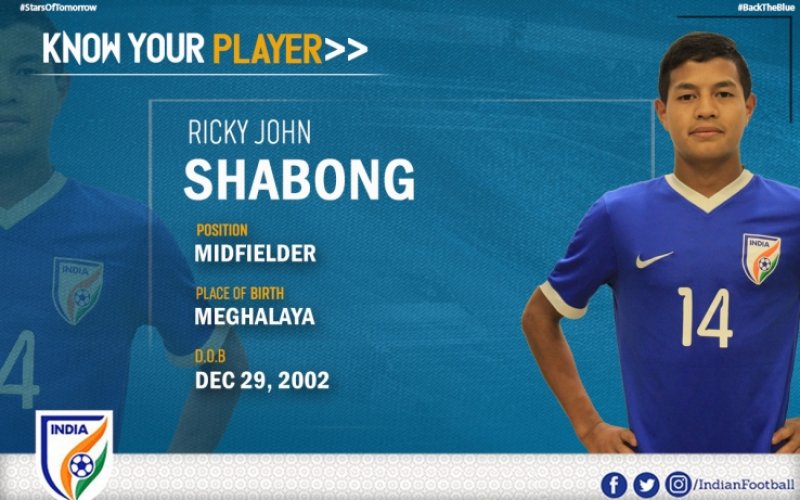 NEW DELHI: For some, ‘toughness’ can be limited to on the field of play in football where physical acumen creates a dominating presence. For others, ‘toughness’ is a way of life.

15-year-old Ricky Shabong does not look tough. With an innocent face and a lean body, the midfielder from Meghalaya looks meek in every aspect, until he steps up on the field of play. But strangely, Ricky’s toughness propagates to his off-the field attitude as well.

“I smashed stones to help my family by earning some money,” says the Khasi midfielder with a vigour in his eyes. “I want to help my family in whatever way I can. I am pursuing a dream, the dream of making big in Football. My family is also living their dream through me.”

What’s your aim in life?

“I want to live my dream. But when you ask me, the immediate one is to try to qualify for the FIFA U-17 World Cup. I once broke stones for a living. We, as a team, aim to break the jinx.”

No wonder toughness is a way of life for Ricky. “Initially that was the sole way I could help my family. But since I have started to play for India things have got better. Football is my release from poverty. I owe a lot to AIFF Academy,” he utters.

The midfielder inspired India U-16 to a 2-2 draw against Bangkok Glass FC and scored the second goal drawing India level in a match where the colts played catch-up to the opponents.
Ricky’s toughness can prove to be pivotal in India U-16s’ attempt to qualify for the FIFA U-17 World Cup by progressing into the semi-finals of the AFC U-16 Championship Malaysia 2018.

“I will give my hundred percent on the field for the nation. We are gunning to create history and we are confident that we can do so. The group stage matches will be tough. Every match is tough. We will take one match at a time.”

Perhaps even with his toughness adding a mix into the midfield to spice things up for the opponents, Ricky understands the gravity. “Every team will be tough in the group stages. We cannot underestimate anybody. They have been preparing for this stage and so are we. It will be a test of grit.”