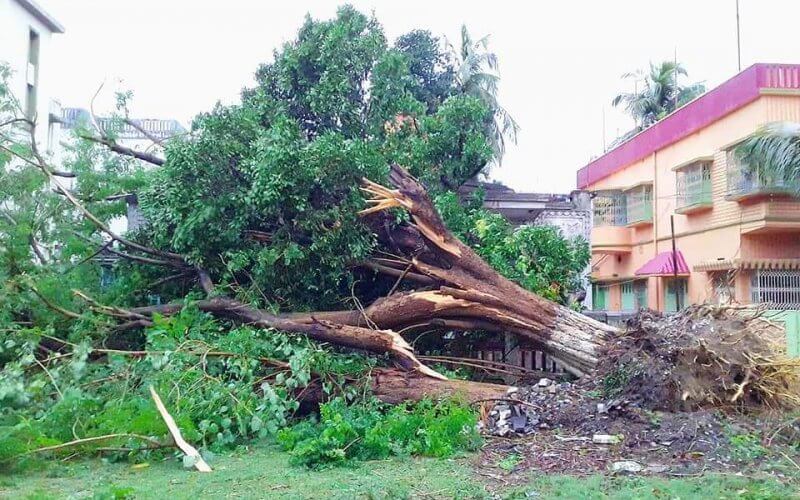 NEW DELHI: While the state of West Bengal attempts to recover from the devastation caused by the combination of the COVID-19 Pandemic and the Amphan Cyclone, a consortium of 38 footballers have decided to pool in their resources to help the affected people.

“The love from the fans is what a footballer’s life is all about. We feel it’s payback time to all who stay affected due to the havoc wreaked by Cyclone Amphan. Life is all about helping each other in times of crisis -- it’s about humanity. I urge all to come forward and help,” said ‘Spiderman’ Subrata Paul.

Some of the players are also set to travel to the Amphan-affected areas in order to reach out to and help the people in need, informed National Team midfielder Pronay Halder.

“I have heard reports that people have lost their homes. Many have their farms ravaged, and their entire source for income for the year has gone to waste. Some of us will also go to the affected areas and try to help the people as much as we can,” he said. “This is the first time that I’ve seen such devastation inflicted by a storm. I would personally like to request everyone to stand together and help out the people who are most affected by this tragedy.”

Ex-national team star Mehtab Hossain said, “As footballers, we feel that we have got a lot of love from society. Hence, we had started Players for Humanity so that we could give something back. Bengal has faced one crisis after another in recent times, and if we can help people out in these circumstances, I consider that a blessing.

“Places like the Sunderbans, Kakdeep, Midnapore have suffered a lot of damage, so we will try to help the people first. Priority is for those who have lost their homes. We want to give them the material with which they can rebuild their houses,” he continued.

Former Blue Tigers captain Arnab Mondal gave a rallying cry to all from within and from outside West Bengal to join the fight against COVID-19 and Amphan.

“We’ve been fighting COVID-19 so far. Now Amphan Cyclone has also joint that fight against us. West Bengal is going through a difficult phase now,” he said. “I feel that we should all stand together and help those people affected by this. Whatever is within our capabilities, we are trying to help these people, and I would urge more people to come forward to help with this.”