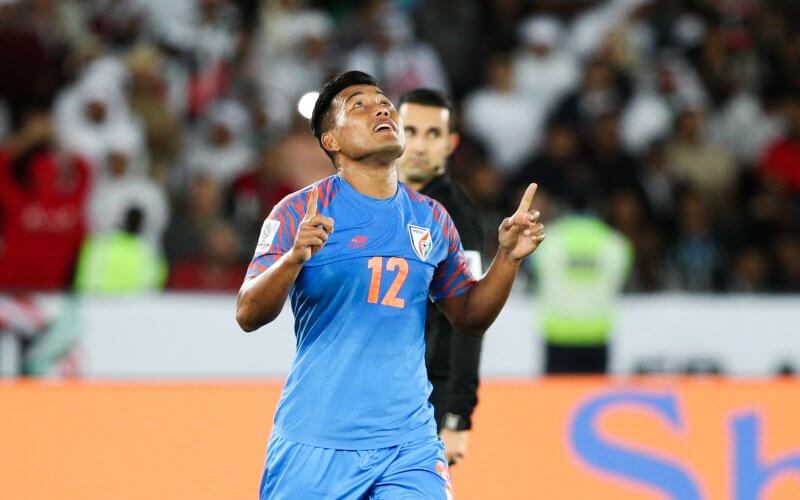 NEW DELHI: Professional footballer players from Mizoram joined forces with mobile gamers from the state in a unique charity exhibition match. The online gaming event was organised to aid the family of 18-year-old H. Lalvenmawii -- a volunteer who had passed away last week and had been working towards the enforcement of the lockdown in the state as a result of the ongoing COVID-19 pandemic.

Blue Tigers striker Jeje Lalpekhlua, one of the 31 football pros taking part in the online gaming event, stated that everyone needs to come together to “help one another” to combat the current situation.

"For me, it's simple. Every person should be ready to come out and help one another. It doesn't matter where we are from, and what we have. Everyone has to help and that is why I am here for the cause," said Jeje, who has been actively working in relief and social work in Mizoram over the years. He had also donated blood previously during the lockdown period.

"I sincerely hope that we are going to get through this together, and everything will be normal in Mizoram soon," he expressed.

A number of voluntary groups have currently been camping while abiding by the precautions set forth by the Government.

"The people of Mizoram are very proud of them," Jeje, who is fondly known as the Mizo Sniper, explained. "Among them was H. Lalvenmawii from Sangau village at Fungsihchhuah (Saisihchhuah), camping at the Myanmar border, who unfortunately contracted malaria that caused her death on June 9. The people of Mizoram have shared their sincere condolences for the deceased. Hence, we decided to have this exhibition match to honour the deceased patriot," he added.

The event saw over 100 participants, who played the popular multiplayer game PUBG Mobile, as viewers watched via live stream and contributed to the cause. The 31 footballers among them included players from top clubs across the country such as Jeje, Samuel Lalmuanpuia, Jerry Lalrinzuala, Laldanmawia Ralte, Lalruatthara, Lalramchullova, Lalkhawpuimawia, Isaac Vanmalsawma etc.

Talking about the playing experience, Jeje mentioned: “I have not had time to play games but it was great fun. What was important is that we got most of the leading players from Mizoram to participate and were able to do it for a good cause."

Midfielder Lalliansanga Renthlei, who was part of the Indian Arrows side for the 2019-20 Hero I-League campaign was also among the participants in the charity event.

"It was a unique concept. Usually, we have held many charity and exhibition football matches in the past but because of the current situation, it cannot be done."

“Thanks to online gaming – we could unite and so many people together. The money is being used for such a noble purpose," the 21-year-old said. "The coronavirus pandemic has affected so many people in Mizoram and the entire country. All the frontline workers and volunteers are fighting hard and trying their best. We need to respect the hard work they are putting in."