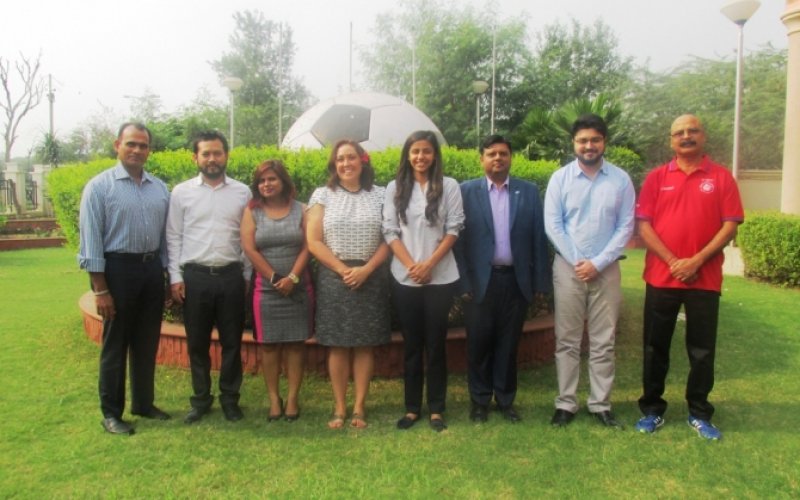 NEW DELHI: Representatives of the All India Football Federation (AIFF) met FIFA’s Chief Women’s Football Officer Sarai Bareman at the AIFF Headquarters in the capital today (October 30, 2017) to discuss the progression of Women’s Football in India.

The AIFF briefed the FIFA Chief Women’s Football Officer on the roadmap for women’s football in India and discussed at length the possible methods to ensure rapid progression in women’s football.

“Women’s football in India is clearly on the growth with the Federation (AIFF) launching a domestic League (Indian Women’s League)”, said Bareman. “The AIFF has linked the FIFA Live Your Goals project very efficiently with the AIFF Grassroots Programmes and it is refreshing to see how young girls are being encouraged to take up football”

“Organising school level tournaments is the next big step in ensuring that the development in Women’s football penetrates deep within the grassroots”, she added.