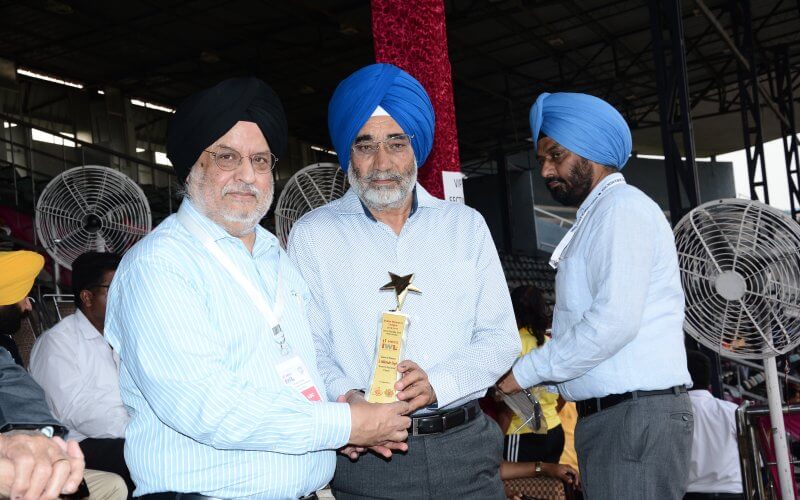 NEW DELHI: Congratulations poured in from all quarters for former Indian Football Team Head Coach Sukhwinder Singh after he was named as the winner of the Dhyan Chand Award for Lifetime achievement in Sports and Games.

Former India captain Bhaichung Bhutia was the first to congratulate his ex-coach, stating that Sukhwinder “fully deserves” the Award.

“I am happy he won it. Sukhi-sir is one of the most deserving coaches to have won the award. He fully deserves it. Congratulations Sukhvinder Ji! He was also the one to give me my first match as the India captain. I will always be grateful to him for that,” Bhaichung said to the-aiff.com.

Another former Blue Tigers captain Bruno Coutinho believes that it was Sukhwinder who had enhanced India’s performance after he came in.

Former Indian National Team Head Coach and defender Sukhwinder Singh was named as a winner of the Dhyan Chand Award -- thus becoming the third person to receive the award for football. "Sukhwinder Singh has played a key role in developing Indian football. He has been a successful coach and a player winning many laurels. My heartiest congratulations to him," the AIFF President Mr. Praful Patel (@shriprafulpatel) averred. The AIFF General Secretary Mr. Kushal Das added: "Sukhwinder Singh's contributions to Indian football are invaluable. Many congratulations to him." Meanwhile, as the national team coach, Sukhwinder Singh has won the SAFF Cup twice (1999 & 2009) and it was under his leadership that India defeated UAE in 2001 in a FIFA World Cup Qualifier in Bangalore. At club level, he has been a National Football League (NFL), Federation Cup, IFA Shield and Durand Cup champion as a coach. As a player, he made his senior national team debut in 1975 and played 22 matches for India. He also played for JCT Club and represented Punjab at the Santosh Trophy. #BackTheBlue 💙 #IndianFootball ⚽ #BlueTigers 🐯 #NationalSportsAwards2020 🏆 📸 Courtesy: Times of India

“The Dhyan Chand Award is a great honour for someone like him. He was a great coach, technically very sound. What was great about him was that he enhanced our performance, and under his guidance, we did really well,” said Coutinho.

“He is arguably one of the most successful Indian coaches for the National Team. Sukhwinder sir was the coach under whom I made my National Team debut. He really turned our team around from one that used to lose by a big margin against sides like Malaysia to a team that could give a tough fight to some of the best Asian teams like UAE and Uzbekistan,” said Renedy.

The former India winger argues that one of Sukhwinder’s biggest achievements in the India dugout was putting out a fine performance in the First Round 2002 FIFA World Cup Qualifiers, where India missed out on qualification for the second round by a point.

Pitted against the likes of UAE, Yemen and Brunei, India collected 11 points in Group 8, with three wins, two draws, and a solitary loss, falling short of qualification to the next round by a single point to UAE. In the midst of these results, was a famous 1-0 victory that the Blue Tigers earned in Bangalore (now Bengaluru) against a UAE side that made it all the way to the FIFA World Cup Play-offs, where they eventually lost to Iran.

While a second-half strike by Jules Alberto off a Khalid Jamil long-throw did the trick, many at that time, thought that it was indeed Bhaichung Bhutia, who had scored the goal, as the latter had followed the ball into the net, seemingly touching it with his studs right after it had crossed the line.

2⃣ winners in football at the National Sports Awards 2020 🏆🏆

“It was an amazing game. I remember everyone thought that I had scored that goal. Even Sukhi sir, after the match thought I had scored it,” Bhaichung recalled with a smile. “But I had to later clarify to everyone that it was indeed Jules Alberto, who scored, and not me.”

An aspect about Sukhwinder that made him such an effective coach, feels Renedy, was that he always had his sights set on the next match, no matter what. “Even after that famous win against UAE in Bangalore, he reiterated that we should stay calm and not go overboard with our celebrations. We had a crucial game coming up next week against Yemen, and we needed to focus on that,” said Renedy.

“That was a really great quality in him. He really made us see the bigger picture. No matter if you win or you lose, once the game is over, you shift your focus to the next one. He used to tell us that football is always about getting ready for the next game. As a player that really helped me focus on the more important aspects,” he informed.