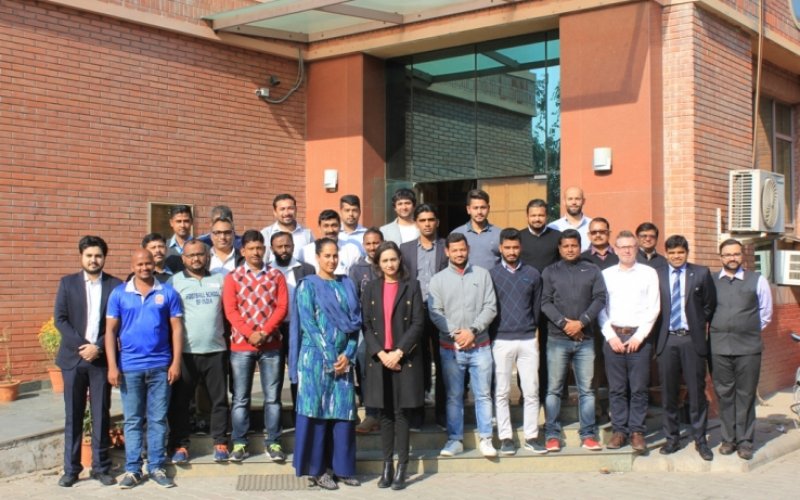 During the course, the workshop implemented the programme of player compensation in the youth development structure of Indian football and tutored the participating members on its benefits. The Workshop was conducted in association with Asian Football Confederation (AFC) who were represented by Mr. Darren Bailey, Leading consultant and Expert on Training Compensation and Mr. Yogesh Desai, Development Officer, AFC.

“We want to build a robust youth structure all across India and this needs to be a joint enterprise between the AIFF and all stakeholders. It is a holistic and progressive approach and Player Compensation provides more opportunities to play for young Indians coming up”, said Darren Bailey.

“Maximising the potential of young players through better coaching is key and this should be based on merit based approach and not tick-boxes. The more the football develops in the grassroots and youth development structure, the more development will happen in the country’s overall footballing scenario”

“The workshop ensured the creation of a culture where grassroots centers, clubs, academies and rewarded for their efforts in developing talent through player compensation”, he added

Mr. Bailey also shared his principal findings with the participating members and quipped that, “Indian football is on an upward surge and it needs a robust youth structure to achieve its maximum potential”

“There would be a degree of flexibility required, but in the longer run Indian football will reap benefits of the process and a robust youth development structure”, Bailey informed.

AIFF’s  Head of Player Development Richard Hood who was present on the occasion said, “The only way to move forward for Indian football is expanding the base of the player pyramid structure hugely by working on roots and youth development structure. Clubs must realize that developing an elite player takes 12-15 years, this will engage players at a younger age to take up football sooner”

“Through player compensation, academies and clubs are ensured of cashing in on the talents which they produce. This will engage the youth structure of Indian football by increasing participation of players in the roots level”

The participating members were left enamoured by the profits of player compensation and how its elements could boost youth football in the nation. “The workshop is a very well-timed initiative, while we are seeing football developing in the country at all levels. Protecting and rewarding their academies for the work is very important”, said Sukhvinder Singh from SESA Football Academy.

Meanwhile Akbar Ali from Mohammaden Sporting informed that, “It was a very interesting and interactive workshop. The player compensation project is suitable for the clubs as well as the players and helps in the development of football in India”