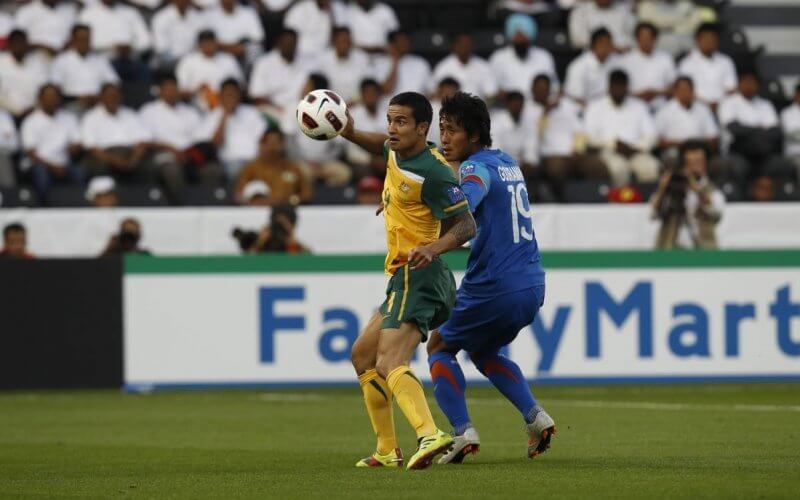 NEW DELHI: Former Indian National Team captain Gouramangi Singh Moirangthem stressed on the “importance of utilising the little opportunities that central defenders get” to go bombing forward on set-pieces, stating that his International goals gave him “a lot of confidence.”

In a live chat with AIFF TV, the former India defender reminisced about occasions when he put the ball in the back of the opposition net in International football.

It was during the live chat that Indian National Team skipper Sunil Chhetri commented: “I still tell our national team defenders and some other midfielders and attackers too, that Mangi bhai has more goals for the country than all of them. #legend.”

Mangi smiled, and added: "I remember my goals for India, of course. And some of them were very important goals,” said Gouramangi. “As a central defender my primary job is in defence. So in the entire 90 minutes, I would get perhaps not more than 2-3 opportunities to go up,” he averred.

“When you go forward as a defender, you hope, you pray that you score – especially because I am not a natural goal-scorer,” Gouramangi, who is fondly known as ‘Mangi,’ added. “So it gives you a lot of confidence when you score.”

Though Gouramangi couldn’t pick up his favourite goal, Chhetri again took to the comments section and promptly pointed out his favourite ‘Mangi’ strikes.  “Against Cameroon and Bahrain…my picks!” Chhetri opined.

However, the former India number 19 did agree on pinpointing a couple of goals that he felt were important in the context of their respective matches.

“We were in Male (Maldives) playing the SAFF Cup (2008) semi-final against Bhutan. Sunil had put us level in the first half, and then we could not break them for a long time. We were almost at the end of extra time, with about a minute left, when we got a free-kick,” said Mangi.

“Samir-bhai(Nayak) took the free-kick, and Abhishek-bhai (Yadav) headed it on to me. Somehow I was there and managed to put it in. I generally do not consider scoring as important as defending for me, but in that match, I was relieved that we did not have to take the game to penalties,” Mangi recalled, to which Chhetri again commented: “Reason was -- we were bad and missed plenty of chances and yes Mangi saved us the match and also some heat from Sir Bob.”

Having captained India at the U-19 level, Gouramangi Singh proceeded to make his senior National Team debut in 2006. As a regular member of the Blue Tigers side, the youngster slowly began to transition from a defensive midfield position to being a solid central defender.

“I think (former India Head Coach) Bob (Houghton) turned me into a central defender. One evening he told me about playing in that position. At that point I was looking forward to becoming a regular, so I took up the challenge,” informed Mangi. “So the credit for turning me into a centre-back certainly goes to Bob.”

In an earlier Live chat on AIFF TV, current India captain Sunil Chhetri had showered praises on Gouramangi, stating that the latter may not have been the most talented of players, but he made up for it through hard work and a good tactical grasp of the game.

“He was not the most talented guy out there, but grasping what the coach said was one of his strongest points. He certainly surprised me with what he has done in his career, and that’s down to the fact that he thinks and learns so fast,” Chhetri had said.

The 34-year-old, who has most recently taken to coaching FC Bengaluru United in the Hero Second Division League, believes that it was the presence of both Sunil Chhetri and Subrata Paul helped motivate him to work harder.

“I look up to both of them. Both of them are workaholics. I just don’t know where they get all that energy from. They’re both absolute beasts while training – there’s absolutely no excuses to go easy on training with these guys,” informed Mangi. “I was not the most talented, or the strongest, or the fastest. I needed a way to survive, and I decided to follow these guys in training.”

“Right from how they take care of themselves, to how humble and calm they are, they truly are role models for the next generation. I hope both of them go on to play another five years,” Mangi further stated.