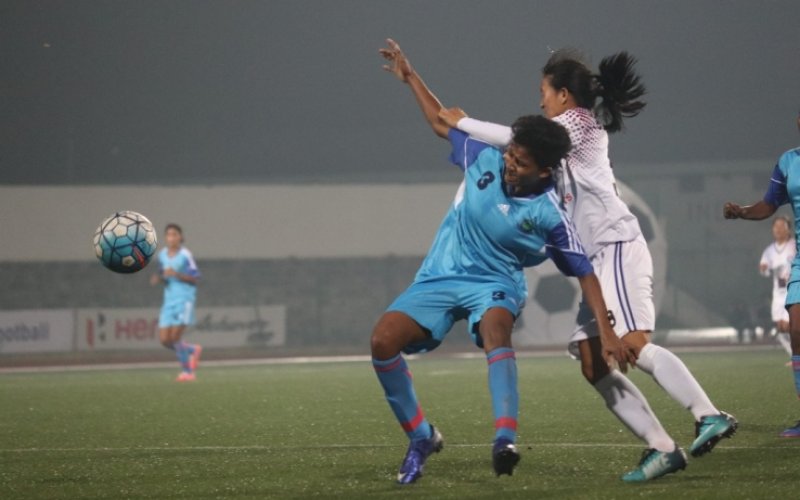 SHILLONG: Defending champions Eastern Sporting Union will square off against Rising Student Club in finals of the second edition of the Hero Indian Women’s League at the Jawaharlal Nehru Stadium in Shillong, Meghalaya tomorrow (April 14, 2018). The kick-off for which is slated at 4PM IST.

Rising Student Club defeated table toppers KHRYPSA 4-3 on penalties in a dramatic match to move into the finals of the Hero Indian Women’s League while two late goals in extra time proved enough for Eastern Sporting Union to clinch a win against SETHU FC.

In a repeat of yester edition’s final that Eastern Sporting Union won 3-0, Rising Student Club will be out looking for revenge and to claim the coveted trophy.

“We have worked hard to get here (into the finals) and the team has grown substantially from last year”, said Head Coach of Rising Student Club Sukla Dutta. “Eastern Sporting Union are a very strong team and we respect them, however come the finals we will be going all out to win”

Perhaps Rising Student Club will be depending on the performance of forward Pyari Xaxa upfront, who has been in sublime form. “We are confident in our abilities and we will be giving our cent percent on the pitch. Last year we lost 3-0 against ESU but this time the result will be different”, stated Pyari Xaxa. “We will fight to get our revenge and take the trophy home”, she added.

However, Eastern Sporting Union, the defending champions, might not be willing to give up the trophy easily. Coached by the legendary Bembem Devi, ESU has been a force to reckon with in the tournament, finishing second in the group, albeit level on points with table toppers KHRYPSA.

“It will not be an easy match”, said Head Coach Bembem Devi. “Rising Student Club are a very talented team and we will have to be on our toes through the entire match if we want to win. Focus and concentration is the key”

Skipper Prameshwori Devi feels that, “If we score an early goal it will be easy for us to play against them (Rising Student Club) because they are very quick on the counters and on the wings”

The final of the second edition of the Hero Indian Women's League will be streamed live on the Facebook Page - Indian Football Team (https://www.facebook.com/TheIndianFootballTeam)