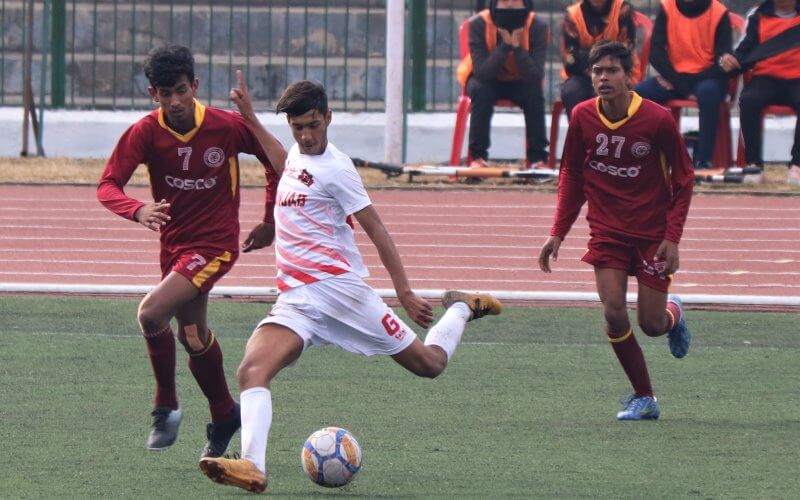 NEW DELHI: A “confident” Mizoram aim to win back to back titles in Hero Junior National Football Championship Tier I for the DR BC Roy Trophy when they take on Punjab in the final scheduled at the JLN Stadium in Shillong on Thursday (February 6, 2020).

The final is scheduled at 1 pm and it'll be streamed live on Indian Football team official Facebook page.

"We beat them (Punjab) in the final last season, and are confident of repeating the feat. We had a tough semi-final against Meghalaya in the semis. The boys aim to continue the winning run against Punjab," Vanlalpeka Ralte, coach, Mizoram, stated.

Mizoram had pipped Punjab 2-1 in the last edition’s final in Cuttack, Odisha which, incidentally, was their first Hero Junior NFC trophy in the last decade.

"There's a good number of Mizo population in Meghalaya. I hope they will all be there at the JLN Stadium to cheer for us tomorrow. Although we beat Meghalaya in the semi-final two days back, I request them to come and cheer for us against Punjab,” Ralte echoed.

Punjab on the other hand, aim to take inspiration from previous victories against Mizoram as they had outclassed Mizoram in consecutive finals in 2015-16, and 2016-17 seasons respectively.

"But history won't come to help us tomorrow. We have to start from scratch. We are cautious but I am confident of my boys' abilities. Mizoram are more at home with the conditions as the tournament is being played in Shillong. That might give them an added advantage in the final," Pardeep Kumar, coach, Punjab maintained.

Punjab striker Seilenthang Lotjem has scored seven goals for Punjab and he's going to be the livewire for his team once again.

"Out of our 9 goals in the tournament, Lotjem has scored 7. But we need to remember that it's a team game and we can't just bank on one individual for the success neither we have done until now.”

Ralte on the other side, wasn’t much willing to read into Lotjem’s exploits. "We attack as a team, and also defend as a team. We don't believe in focusing on one single individual. They have the physical prowess but our boys have the skill,” Ralte concluded.