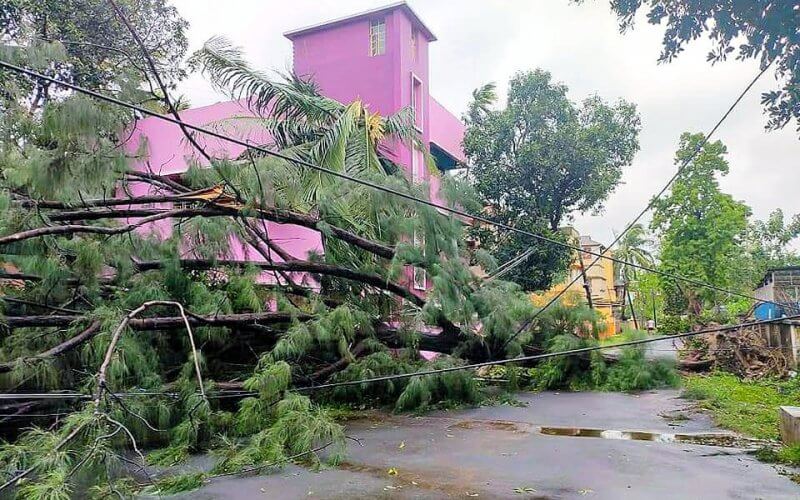 NEW DELHI: After the footballers, a consortium of around 70 coaches from West Bengal have come out to help those affected by the Amphan Cyclone in the state.

The institution named ‘Coaches Who Care’ was originally formed to extend a helping hand to coaches in need. Coaches like Sanjoy Sen, Gautam Ghosh, Sankarlal Chakrabarty, Tanumoy Basu, Basudeb Mondal, Manish Mathani, and many others have pooled in to help out those in need during this time of crisis.

“Being a coach, I take pride in having the chance to have a positive effect in the lives of players,” former India U-16 National Team head coach Gautam Ghosh said to the-aiff.com.

🗣️ @pronay_halder: I have heard reports that people have lost their homes. Many have their farms ravaged, and their entire source for income for the year has gone to waste. Some of us will also go to the affected areas and try to help the people as much as we can. . This is the first time that I’ve seen such devastation inflicted by a storm. I would personally like to request everyone to stand together and help out the people who are most affected by this tragedy. . Read 📖 more about how 38 #IndianFootball players are helping #AmphanSuperCyclone 🌪️ victims. Link 🔗 in Bio . #BackTheBlue 💙

“Our first priority is to reach out to all the athletes who need our help. There are so many sportspersons from these affected areas, that we felt we needed to reach out to them. Our hearts cry when we hear of so many people dying of hunger due to the unavailability of food in these areas,” continued Ghosh.

Former Pailan Arrows goalkeeping coach Tanumoy Basu expressed his amazement as a number of coaches who were originally set for an online meeting, ended up deciding on taking up such an initiative.

“We had arranged an online seminar for a number of coaches in West Bengal. Among other things, we also discussed how we should help out the numerous sportspersons residing in areas like the Sunderbans, Kakdeep and Midnapore. It was then that we decided to pool our funds together and help them out,” Basu stated.

Sanjoy Sen, who had won the Hero I-League with Mohun Bagan back in the 2014-15 season, and is currently the Head of Youth Development at Hero ISL champions ATK, urged fans to come forward and contribute as well in order to help out the people in need.

“Football, and indeed, society has provided for most of us in the past, and this is our way of giving back. The Amphan Cyclone has devastated our state, especially in the rural areas,” he mentioned.

He added: “This is the time when we all need to stand together and help each other out. I urge you all to come forward and help everyone in any way you can.”

Former India international Basudeb Mondal informed that some of the coaches will head down to the affected areas in the coming week and extend the help to the people in need.

“I have heard of so many people who do not have a grain of rice at home. They do not even have proper drinking water, because the main freshwater source in their areas have been flooded with saltwater. They really need our help, and some of us will go down to these villages and help out the people directly,” Mondal expressed.