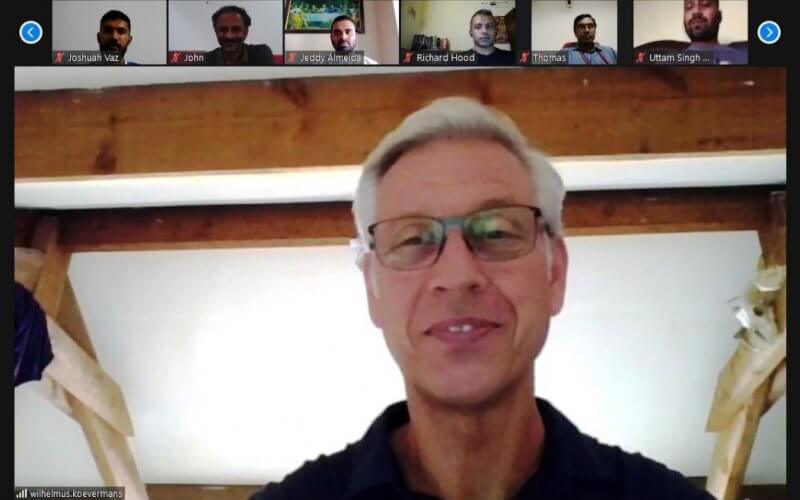 In what was the third lecture of the ongoing series, the former Netherlands international discussed the various challenges faced by Coach Educators, such as assessment of participants, adapting to differences in culture and the importance of reliability & fairness, etc., which was followed by a Q&A session.

Koevermans, who coached the Indian national team from 2012-14, shared his experience of adapting to the change in culture when he arrived in India and termed it as an 'interesting adventure'.

"Adapting to the Indian culture was an interesting adventure for me. One of the things I used to do as a coach was to stop training to ask players questions. In India, it was not a common style of coaching. So, I sat with Savio (Madeira) and my staff as well as Sunil (Chhetri), who was the captain at the time and was playing for Sporting Lisbon and hence was used to this style," he recalled.

He continued, "I told the players that we will work on it and when I stopped a player for the first time in training, he was shocked. However, with time, players started participating and giving answers as well."

Koevermans spoke about the competencies required in a coach such as knowledge, skills, attitude and personal attributes and defined the tasks a coach has to perform like coaching games, coaching training sessions, managing performance environment, leadership, etc.

He discussed the value of reliability and fairness for instructors while conducting coaching courses, where reliability refers to the measure of the consistency in the use of criteria between the tutors and fairness means that the tutors must reflect the range of expected behaviour and the candidates must be fully informed on the desired outcome and process at the start of the course.

As the session concluded, Koevermans expressed, "It was a wonderful opportunity to be a part of this and speak to the coach educators. I have seen a lot of improvement over the years and can say that things are moving in the right direction. Good luck to all!"

Technical Director Isac Doru stated: "I thank Wim for his time and generosity to share with us his experience and guidance."

Head of Coach Education Savio Madeira said, "I thank Wim on behalf of the AIFF for accepting our invitation and giving us a chance to enrich ourselves with his experience. All of us believe that to grow as a footballing nation, coach education is a vital aspect and such sessions are extremely useful for us."

News Last date for registration for E-Pathshala is Nove...