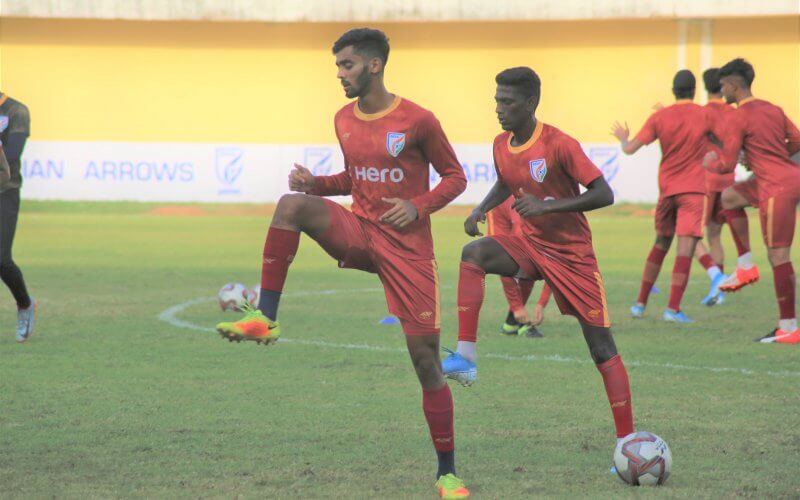 Goa, December 27, 2019: Hero I-League returns to Goa this weekend, as the Red Machines – Churchill Brothers FC Goa go face to face against the young Indian Arrows in their own backyard on Saturday (December 28, 2019).

Churchill Brothers who played their last match on December 12, 2019 against Mohun Bagan are coming on the back of a 16-day break period due to the postponement of their encounter against Real Kashmir FC. Churchill have been on an unbeaten streak defeating Punjab FC and Mohun Bagan with commendable score lines of 3-0 and 4-2.

This will be the second major test for head coach Bernardo Tavares, who passed his first examination with flying colours.

The star of the show so far for the home team has been a spirited and ever-so-dependable captain, Willis Plaza, who has already scored three goals from two matches, including a brace against the Kolkata giants in their last Hero I-League encounter.

Speaking on the eve of the match, Churchill Brothers FC Goa Head Coach, Bernardo Tavares commented on their start to the season, saying, “In my opinion, there are several factors but the main one is the willingness and motivation of the players who want to improve individually and collectively in the best possible manner. With this motivation, it is easier to work with the player individually, and thus improve our team to make it stronger as we know we will face very strong teams that are also well prepared.”

He further stated, “The Indian Arrows team is a well-organized defensive unit that does not concede many goals. In the offensive process of the team, there are always many players in the defensive balance. In the three games they have played so far, they have always lost by the slightest difference, showing that they are a team that defends well and that it will be difficult to score goals against them.

“They have shown their quality in offensive transition and offensive set-pieces. There are some Indian players with a lot of potential who will surely be great players in the future,” he continued. “Hopefully tomorrow we will be able to watch a good football game and our team will be able to win the game and win the 3 points.”

Indian Arrows, on the other hand, have not yet got off the mark in the league but have shown immense organisation in their defence. All the matches have gone down to the wire and they have lost only by the slightest of margins.

Head Coach of Indian Arrows, Shanmugam Venkatesh, went into retrospect doing an analysis of the last few matches and said, “Although we have failed to get a positive result yet, there are quite a few takeaways from the three matches so far. We were very close to securing a good result against Aizawl but it slipped in the dying minutes. Punjab FC won 3-1 against Chennai City but our boys held them for more than an hour before Dicka fired the winner. Overall, the learning process is on and we’re on the right track.

“Churchill are a superb team. Scoring four goals against Mohun Bagan, that too, in Kalyani speaks volumes about the firepower they possess up-front. Not only that, but their defensive unit is also in fine-tune. They are definitely going to start as the favourites,” he opined on their opponents in the next match. The match will be broadcast LIVE on DSPORT from 7:00 PM IST straight from Fatorda Stadium in Goa.