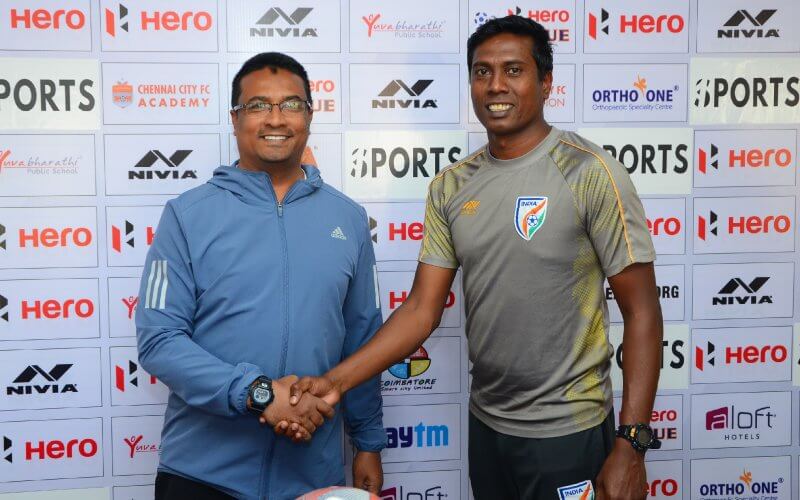 Coimbatore, February 04, 2020: Defending Champions Chennai City FC will be playing host to All India Football Federation’s (AIFF) developmental side Indian Arrows at the Jawaharlal Nehru Stadium, Coimbatore on Wednesday (February 05, 2020). The match is slated for a 7 pm kick-off and will be broadcast LIVE on 1Sports, with online streaming available on the Fancode app and website.

Having picked up just one win from their previous five outings, Chennai City find themselves in a relegation scrap — resting at ninth place in the table with eight points — level with tenth-placed Aizawl FC. The hosts do have a couple of games in hand but that wouldn’t serve as any consolation to a side that emerged as Numero Uno in the last term.

Current and runaway league leaders Mohun Bagan have shown little signs of slowing down and are in pole position to take over Chennai’s crown. However, the Southerners did show a lot of fight and almost pulled off a monumental comeback from being three goals down, showing glimpses of their absolute best.

Akbar Nawas, Head Coach, Chennai City FC believes that his side won’t rest until the finish line and will continue the fight, irrespective of the situation. Weighing in on the same, he added, “I have great belief in my team. As long as it’s mathematically possible for us to win the title, we will not give up, not until the final day.

“That is the way for us to move forward, even when things don’t seem to go our way. The way we played in the second half against Mohun Bagan, it was better than any of our performances put together from last year. I saw that and I believe the players know it too.

“We must build on it. It’s not enough if I believe in my players but my players have to believe in themselves too,” he concluded.

The Arrows will be walking into this fixture in an upbeat mood, having stunned Kolkata giants Quess East Bengal at the Kalyani Stadium. Not being buoyed by statistical expectations but executing their brand of football has been paying dividends for the youngsters, which could work in their favour in this match, with their counterparts being under immense pressure to live up to expectations set prior to this season.

“We are ready for the game against Chennai City and have been preparing well. We’re looking forward to a good match against them as they have a lot of good quality and technical players. They are also a young side like ours, so we can expect a very good match”, opined Shanmugam Venkatesh, Head Coach, Indian Arrows.

Weighing in on their win against the Red and Golds, he further added, “There is no better way to boost confidence than three points and that too away from home against a quality team like Quess East Bengal that has many quality players.”

News Family-time is a ‘lift in spirits,’ says Adil ...