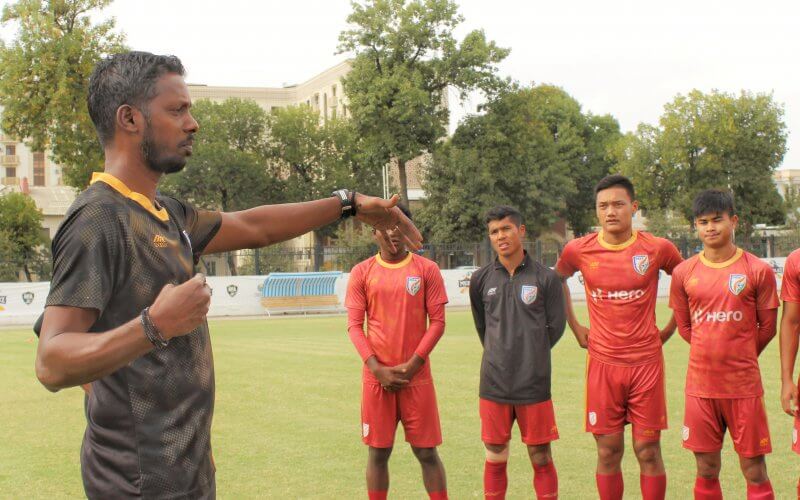 NEW DELHI: India U-16 head coach Bibiano Fernandes attributed to the batch-wise improvement of his team to the fact that there are more educated coaches at the grassroots level in the country at the moment.

"The change of coach education has revolutionised how coaches operate in this country," Fernandes said during a live chat with AIFF TV.

"There are better and more educated coaches at every level -- be it at the state level, or in schools, or even at the grassroots levels," he explained. "And this is all down to the work put in by AIFF on the Coach Education system in the country. Savio (Medeira) is doing a great job for coach education.”

Under Fernandes, the previous batch of U-16 boys managed to make it to the quarterfinals of the AFC U-16 Championship Malaysia 2018 (just one step away from direct qualification for the FIFA U-17 World Cup). However, he feels that the current batch has been an improvement over the previous one.

"It is because of the Coach Education system that we will get better players every year. The current batch is younger than the previous one, so most of them would have had exposure to modern coaching perhaps from a younger stage. So you are seeing the results of that now," explained Bibiano.

"I do try to travel to tournaments like the Hero Sub-Junior and Junior Leagues, Subroto Cup and other state-level age-group tournaments to scout whenever I can," he said.

While this improvement continues at home, the perceptions abroad about any Indian team is yet to change. "We are always underestimated when we go abroad. But I'd like it for us to be perceived as the underdogs or the dark horses," laughed Bibiano.

The 43-year-old described an exposure tour in Serbia with the previous batch of U-16 boys in 2018, where nobody thought that India would put up much of a fight against the Jordan U-16, Tajikistan U-16 and the Serbia U-17 teams. However, the Blue Colts surprised one and all by winning the tournament.

"One of the officials, while we were checking out of our hotel, came and congratulated us. He told us that he never expected us to win, and but was pleasantly surprised to see us play so well," said Fernandes. "He showed so much respect for the boys. That is the kind of effect we want to have with our performances."

Furthermore, the U-16 gaffer believes that it’s not far that 'sleeping giant' takes everything by storm. "We are almost there," he said. "It's just a matter of a few years. With a bit more work, we can be in the top five in Asia."

News COVID-safety guidelines in camp will help U-16 boy...

News India U-16 National Team to begin camp in Goa on N...