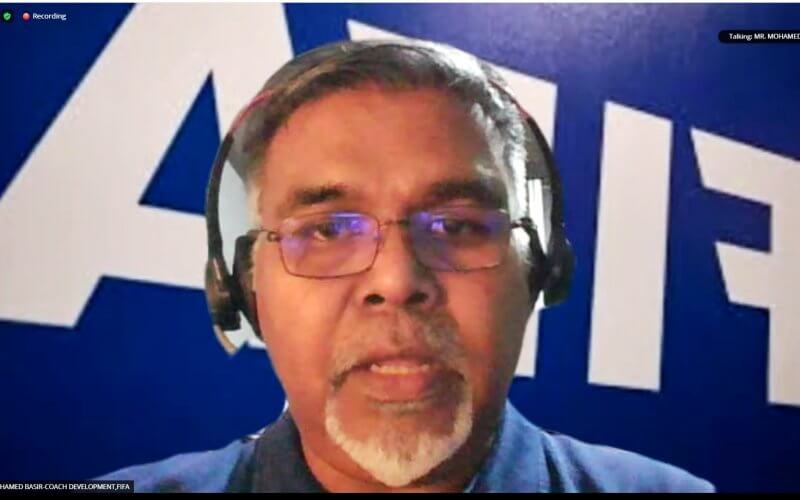 The All India Football Federation (AIFF) has signed a two-year Memorandum of Understanding (MoU) with the International Professional Scouting Organisation (IPSO) to deliver several courses and webinars with regards to scouting in India in August this year.

Sharing his experiences Colin Chambers stated: "You need to observe the players and need to understand the requirement of the team manager. A scout needs to be trained to observe all the technical aspects as well as the tactical ones.”

“There are basic differences and methodologies of scouting a 10-year-old player, an 18-year-old and a 20-year-old," Chambers informed.

Meanwhile, Basir Mohamed highlighted the importance of nurturing "local coach educators" to strengthen the entire footballing ecosystem of a country.

"A foreign coach educator doesn't know about your culture, system and your players. You know them best. Hence, we always stress on nurturing more local coach educators who have seen the system from close quarters. Indian coach educators will educate Indian coaches who'll eventually, develop Indian players- this is how the process should evolve," Mohamed, a Senior Manager in the FIFA Coaching Department, elaborated.

He stressed on being "a student of the game" to learn the minute details.

"You have to be a student of the game and always stay hungry to learn. It doesn't restrict you to learn only from your instructors. You need to be open to learning from fellow players too. Stay open to players' feedback, video sessions and personal observation. Irrespective of the result, a coach needs to self-assess and self-introspect always. That's how he or she can improve," he maintained.

Chambers also demonstrated how a player's role changes depending on the requirements.

"A full-back might be allowed to run box to box against a team whereas his coach may instruct him to stay closer to the half-line against another opponent.”

“As a scout, you need to keep these aspects in mind and operate. A scout needs to understand the shape of a team and assess a certain player. Skills and decision making are of paramount importance while assessing a player," Chambers explained.