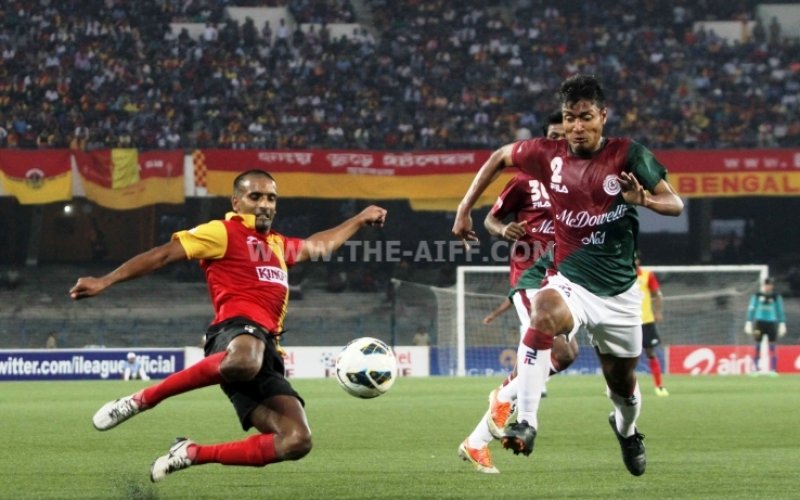 NEW DELHI: Kolkata giants McDowell Mohun Bagan lead the pack with the maximum attendance among all the Airtel I-League Clubs in the 2013/14 Season averaging 17068, from 12 Home Games, according to the official data available by the I-League Secretariat at the All India Football Federation (AIFF).

The Mariners as well as the Red-and-Gold brigade shared the same Stadium – the Vivekananda Yuva Bharati Krirangan at Salt Lake – for most of the Season, and it is to be noted that the Kolkata Derby on November 24 hosted by Bagan, fetched a total attendance of 80000 – the highest attendance recorded in an Airtel I-League game last Season.

Champions last season and also victors in their debut season, Bengaluru FC came sixth in the list, recording an average spectators’ count of 7068.

One of the highlights of last Season has been the amazing display by the BFC fans, who came out in huge number to support their Team, in both their home and away matches.

There has been almost 90% attendance in the 12 Home Games at the Bangalore Football Stadium, owned by the Karnataka State Football Association, which has a capacity of 8500. The Stadium recorded their highest attendance on March 30, when the Blues hosted Pune FC.

Meanwhile, the Shillong Derby (Shillong Lajong vs Rangdajied United) on November 22, hosted by Shillong Lajong FC Lajong, at the JLN Stadium, drew a total attendance of 22000 (also a full house) – and in the process, the match also registered fifth in the top attendance figures of the Airtel I-League matches last season.

The Stadium averaged a total of 18995 out of the 24 Home Games (both Lajong and Rangdajied combined).

In Goa, Dempo SC edged past all the four Clubs from the state to record an average attendance of 2542. They are just marginally ahead of Churchill Brothers, Salgaocar FC, and Sporting Clube de Goa, respectively.

The Goan outfits played their Home Matches last season at the Duler Stadium, the Fatorda Stadium, and the Tilak Maidan.

Elsewhere, Pune FC, who played their Home Matches at the Shree Shiv Chhatrapati Sports Complex, recorded an average spectator attendance of 2586, much higher than that of their Maharashtra rivals, Mumbai FC.