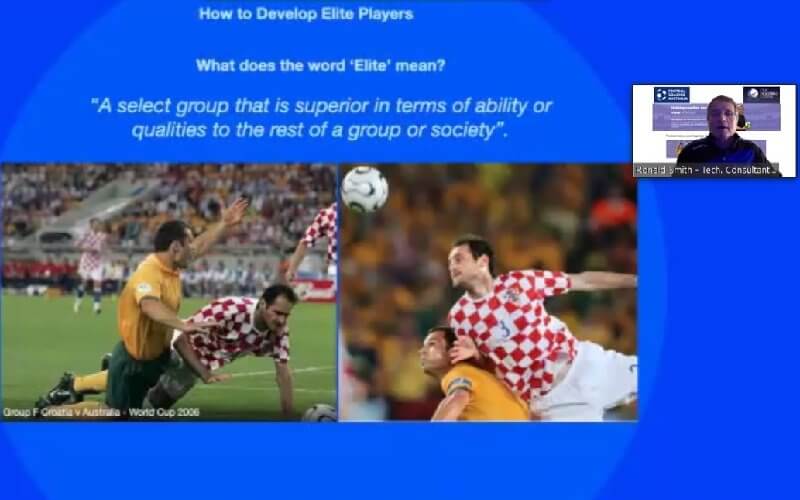 NEW DELHI: The three-day International Virtual Coaching Conference arranged by the All India Football Federation kicked-off with former Tottenham Hotspur player, and current Technical Consultant at Football Federation Australia Ronald Smith enlightening all about ‘How to develop Elite Players?’ The session was attended by over 600 coaches from across the country.

Smith defined an elite player as someone who is “able to play with the best at different ages and at different levels.” These players would mostly have the ability to play football professionally, with the International players being termed as the “elite of the elite.”

The FFA Technical Consultant stated the importance of having a young elite player train with those that are more advanced than him, in order to ensure a steady growth in the sport.

“An elite player playing with an average group does not get challenged, and can often get frustrated. This player has the capability of operating at a higher level, and he will be able to adjust to the pace with his higher speed of thought, movement, and ability to keep going,” he said, going on to cite the example of former Croatia international Josip Simunic, who trained with boys two years senior to him in junior football.

Laying emphasis on technical ability with the ball, Smith averred: “When a player becomes technically better, the focus shifts to what he is going to do with it when they get it. That’s when they begin to scan and he realises that his position on the pitch is important to his decision making, to enable him play at a higher speed.”

“It makes a player consider the choices. And the best ones will even leave a choice open for later. That way, they can influence the game more by making last-minute changes in decisions to gain an advantage,” he maintained.