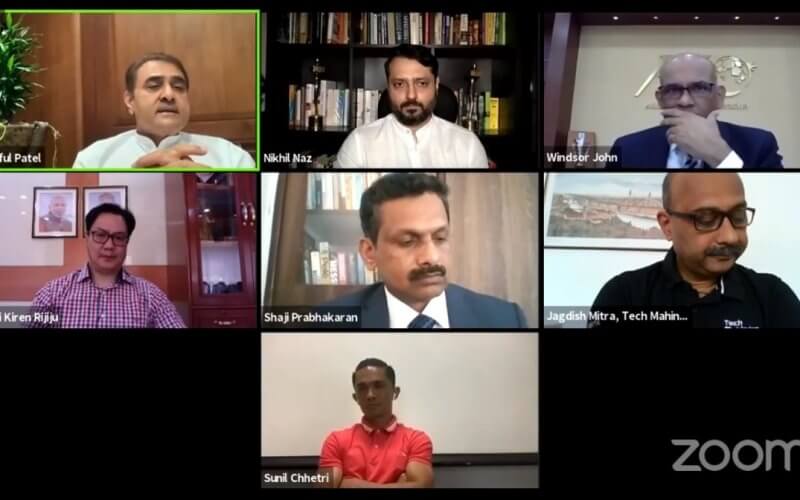 NEW DELHI: All India Football Federation President Mr. Praful Patel lauded the Government of Odisha for “setting an example of how a state government can help sports thrive in a particular region.”

Speaking at the E-Delhi summit organised by Football Delhi to celebrate the occasion of Indian National Team captain Sunil Chhetri’s birthday, the AIFF President averred: “I think states like Odisha need to be commended. They have actively supported every sport. That is something that other state governments should follow too.”

Mr. Patel, during the discussion highlighted the progress that the All India Football Federation has made forward together over the last decade.

“We have come a long way. Globally FIFA now acknowledges that Indian football has to be supported and strengthened for the sport to grow in the region. FIFA and AFC have made it clear that football has to be commercially viable and it has to support the overall ecosystem around it,” he opined.

“That is why it is important to professionalise the sport. The Hero I-League was the first step towards that. Now, the Hero ISL has taken it further and made more additions to Indian football.”

“I complement AIFF for engaging with FIFA to bring this tournament. With such tournaments being hosted in India we will have a brilliant situation where the sport will further mature,” he said. “We will ensure that the U-17 Women’s World Cup is one of the most successful FIFA events in India.”

“India had already hosted the U-17 World Cup in 2017. Now in around six months’ time, the attention of the world will once again turn to India for the U-17 Women’s World Cup,” said Dato Windsor expressed. “After that the 2022 AFC Women’s Asian Cup is also coming up.”

While he appreciated the efforts to host such major tournaments, Mr. John also pointed out that Indian Football has been moving forward in other areas too.

“The AIFF was also recently made a full member of the AFC Elite Youth Scheme and also received a bronze membership of the AFC Grassroots Charter,” he continued. “We at AFC have the vision of making football the number one sport in the subcontinent, and will keep working with AIFF on various programmes.”

Blue Tigers captain Sunil Chhetri maintained that in a vast country like India finding the talent is not the issue. “Talent is not the problem here. We could have plenty of Olympic gold medals. I know how hard the AIFF works to get a bigger pool of players. It is very important to give the young talented players the right food, training and so on. When all this is done, it can be a monumental growth,” he said.