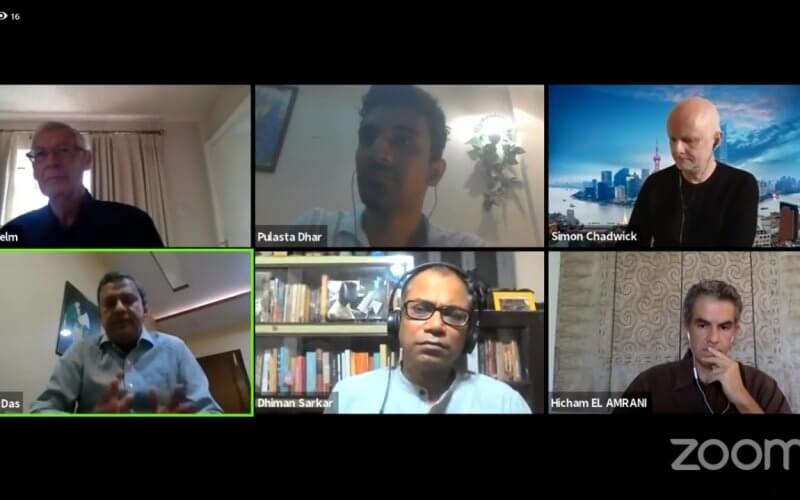 He also wished Sunil on his birthday and jokingly said: “I wish Sunil a very happy 26th birthday. Even though he says he is 36, looking at his fitness, commitment and agility on the field, I am sure he is only 26."

Speaking in the virtual meet, Mr. Das urged Football Delhi to come up with a strategy including vision and specific goals for short and long term. He felt that “such a document will help Football Delhi to raise resources from Government and prospective sponsors.”

“It is impossible to develop football without proper resources. The strategic plan needs to be developed after engaging with all stakeholders, and AIFF is ready to provide guidance on this,” the General Secretary averred.

“Football Delhi is at a very advantageous location position. The AIFF Headquarters is barely an hour's drive away. AIFF organises nearly 1500 matches across the country through its League and Competions department every season, and over 30000 Golden Baby Leagues through the league operators,” Mr. Das informed.

“The Technical Director who overseas grassroots, youth development and coach education is also based at the Football House, and it would be immensely beneficial for Football Delhi to take advantage of this knowledge bank,” he opined.

The General Secretary also complimented Mr. Shaji Prabhakaran, President of Football Delhi and his team for trying to bring in changes, and hoped that with guidance from AIFF, football in Delhi can be revived once again to become a sport of choice.