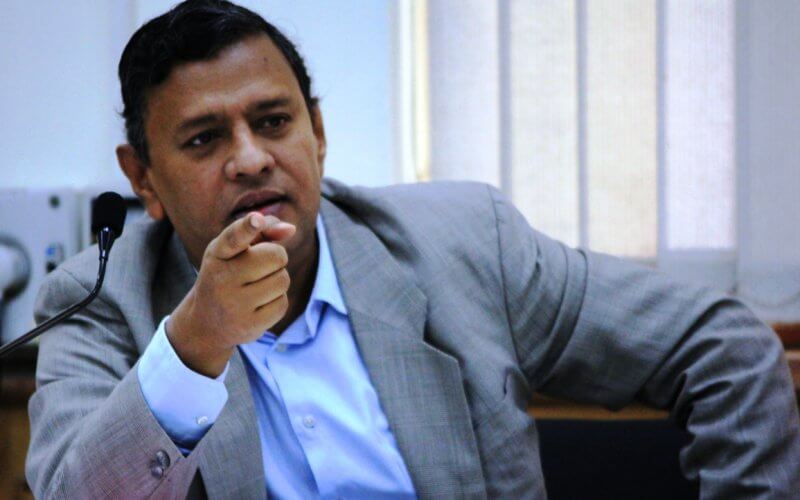 NEW DELHI: The next year is all set to witness Indian football history being made as FC Goa will become the first Indian club to play in the AFC Champions League (ACL) 2021-22 edition.

In an extensive interview with AIFF TV, AIFF General Secretary Mr. Kushal Das termed playing in Asia's premier club competition as a “great opportunity,” and mentioned that he hopes to see an Indian club in the last four of the tournament in the near future.

"Playing in the AFC Champions League for the first time is a great opportunity. All Indian clubs should focus on this -- to try and make a mark in the ACL. We must get out of the group stages. In the AFC Cup, we have done reasonably well -- except last year. But in ACL our first endeavour should be to make it past the group stage, and then in 2-3 years probably I would like to see an Indian club in the semi-finals," Mr. Das averred.

Additionally, he touched upon the process of how India were awarded the lucrative ACL slot after the AFC “took cognizance” of the case made by the AIFF for the same.

"The AFC was considering expanding the leagues – ACL as well as the AFC Cup. It was always in their mind to expand them. Of course, whenever there were discussions from time to time, we participated. Not just me there were eight other nations who got slots, and we were informed how important it is to expand football in these particular regions. Finally, AFC took cognizance of what we said. It’s a great thing for football in all these countries, especially India,” the General Secretary stated.

'RESTRUCTURING WAS A BIG CHALLENGE'

In recent years, Indian football has seen a step-by-step and complete overhaul of the domestic league structure with the latest addition being the Golden Baby Leagues initiative -- which covers the U-6 to U-12 age groups and has seen over 35,000 children take part since May 2019.

As a result, there is a complete linkage from the bottom to the top -- with the Golden Baby Leagues being followed by the Hero Sub-Junior, Junior and Elite Leagues at youth level, after which come the Hero 2nd Division League, I-League and Indian Super League (ISL).

Mr. Das spoke about the restructuring process stating that it was initially difficult to get across the needfulness of youth leagues and complimented his colleagues for their “diligent” work.

"Restructuring was definitely tough. I would like to compliment my team who worked with me closely and helped in the restructuring process. It was tough to engage with people and convince them about the necessity of these youth leagues and the fact that the concept of youth leagues was pretty much absent in India, even as far as the big clubs were concerned,” he opined.

"Convincing them to participate and spend money on youth development and to engage with them was a big challenge. I think we have done it quite successfully. There are the Golden Baby Leagues, Hero Sub Junior, Junior and Elite Leagues,” he maintained.

🗣️ Mr. Das: "Playing in the AFC Champions League for the first time is a great opportunity. All Indian 🇮🇳 clubs should focus on this -- to try and make a mark in the ACL 👊🏻" @theafchub #BackTheBlue 💙 #IndianFootball ⚽

The General Secretary also made a mention of the rapid strides made by women's football in India which coincided with the emergence of the Hero Indian Women's League. The competition completed its fourth edition in the 2019-20 season and saw 12 teams compete in the final round that took place in Bengaluru.

Gokulam Kerala FC, who compete in the Hero I-League as well, were crowned the champions after defeating Manipur-based side KRYPHSA in a thrilling finale and Mr. Das stressed on how vital it is for clubs across the country to focus on women's football, especially with India set to host two major international tournaments in the next two years.

“I think clubs should realise that women’s football is a very important area. There is a lot of focus from the federation on women's football. I think the FIFA U-17 Women's World Cup 2021 will help (in that regard) as will the AFC Women’s Asian Cup 2022. But, the clubs should understand that it is important to focus on women’s football and have a team playing in the Hero IWL."

Mr. Das mentioned that having a women's team has been made a part of the licensing criteria for clubs.

"In our licensing criteria, we have put in a criteria for the clubs that they must have a women’s team. Although it’s not in the A or B level, at least it’s a beginning. Hopefully, like our youth development program, which started off slowly, then picked up the pace and is now doing quite well, the same thing will happen with women’s football and more and more clubs will field teams in our national competition -- the Hero IWL," he affirmed.