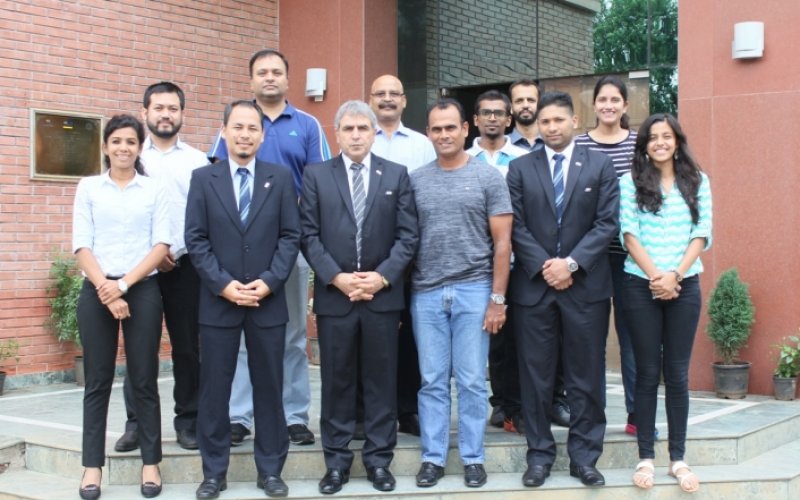 NEW DELHI: The AFC Futsal Development Programme that kicked-off at the AIFF Headquarters in the Capital on August 08, 2017 concluded today (August 11, 2017) leaving behind an assessment to develop and create a roadmap for Futsal in India.

The four-day programme focused on assessment of India as a Futsal nation, whilst driving plans and a roadmap to boost the popularity of Futsal in India and create an ideal platform for the advent of Futsal.

“I am happy with AIFF’s initiative to develop Futsal for Football and Futsal for Futsal which is a part of developing Football overall”, said Ali.

“Asia has almost 2/3rd of the world’s population and India is a major and very important part of that not just demographically but in Footballing aspects too and Futsal is a game which is generally widely accepted by the masses”, he added.

AIFF’s Technical Director Savio Medeira meanwhile stated, “Futsal is integral for the holistic development of Indian Football as Futsal is also a part of Football”

“Creating a roadmap to boost Futsal is a new beginning for us and we are looking to build our own ecosystem of Futsal, including coaches and Instructors”

“The AFC Futsal Development Programme helped us to assess and zero down on the roadmap in helping create a viable ecosystem for Futsal in India”, Savio added.

The AIFF also conveyed its full commitment towards creating a pathway for courses, competitions and match officiating across the nation that will help in the development of Futsal.