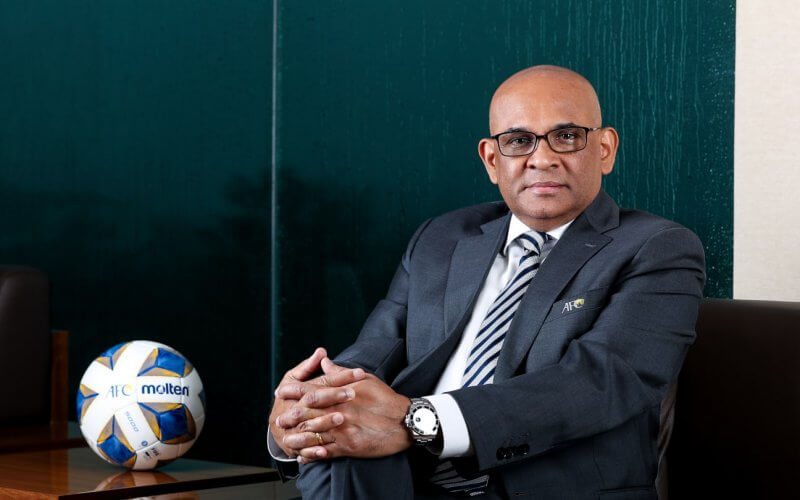 KUALA LUMPUR: Asian Football Confederation (AFC) General Secretary Dato’ Windsor John was among the ensemble of renowned luminaries to headline the Football Delhi E-Summit on Monday, which coincided with the birthday of Indian football icon and Delhi native Sunil Chhetri.

In his opening address to participants, Dato’ Windsor hailed the notable progress of Indian football under the guidance of AIFF President Praful Patel while acknowledging the role of the country’s capital Delhi in strengthening its position as a global sports city.

The AFC General Secretary said: “Football, of course, has made incredible progress in India. As the world’s second-most populous country, we are beginning to see the game take its place as part of the country’s social fabric.

“The first-ever Asian Games in 1951 was staged in Delhi where India won the football gold medal, which then laid the groundwork for their best-ever showing on Asia’s ultimate stage – the AFC Asian Cup – when they finished runners-up in 1964.”

With the attention of world football shifting to the South Asian nation, the AFC General Secretary also acknowledged the importance of nurturing the game at all levels and the strategic importance of India to further strengthen the passion for football in Asia.

He added: “The AFC have also outlined in our Vision, our ambitions to confirm football as the number one sport in the Continent.

“And there is no denying that India, and in particular Delhi, will continue to play a pivotal role in our journey, in shaping that narrative and in bringing our aspirations to life.

“A robust competitions calendar will not only continue Delhi’s footballing legacy, but also strengthen the vast and ever-improving landscape of Indian football.

“Closer partnerships forged across the full spectrum of football stakeholders facilitated through platforms such as these, the future of Indian football has never been brighter.”