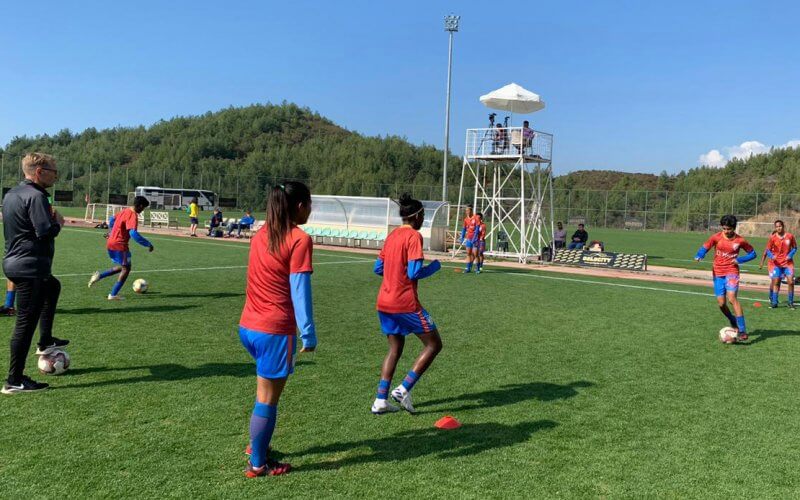 NEW DELHI: Indian women's U17 side is primed to face their Romanian parallels in their second friendly match in Turkler, Turkey on Wednesday (February 19, 2020), which will kick off at 3 PM IST. The first friendly between the teams ended in a 3-3 draw, with India racing to a 3-1 lead in the second half but eventually conceding two late goals to end the match on level terms.

Speaking ahead of the next game, India head coach Thomas Dennerby stated that he wants his side to play with the "same approach" as the first encounter. He said, "There won't be too many new things for the second match. In the first one, our approach was clear and the right one. We know the opponent's weaknesses and used them in the game to score three beautiful goals."

Talking about the previous match, Dennerby expressed his satisfaction with his team's display in attack and opined that the Indian side did a "lot of good things" on the pitch.

"We had a good game if you look at the attacking part. We did a lot of good things -- created good passing angles, used open space in the wide zones and scored thrice. They scored from the three shots they had on goal and that is tough to take. We have to, really, be sharper in the box when we defend and be better organized."

Dennerby admitted that the result was a lesson for his charges and spoke about the importance of playing well consistently for the full 90 minutes. "For the players, it's good to know that even if you dominate a game, have a lot of the ball and lead by two goals, conceding an easy goal can change the game and let the other team come back into the match," he said.

The Swede added, "We need to get everyone to understand that they must play on their best level for 90 minutes. Football, at the international level today, is so tight that you can't rest for even one second. It's very important to teach this."