Women Football
WE SHOULD HAVE WON BY A FANCY SCORELINE AGAINST BHUTAN: FIRMIN 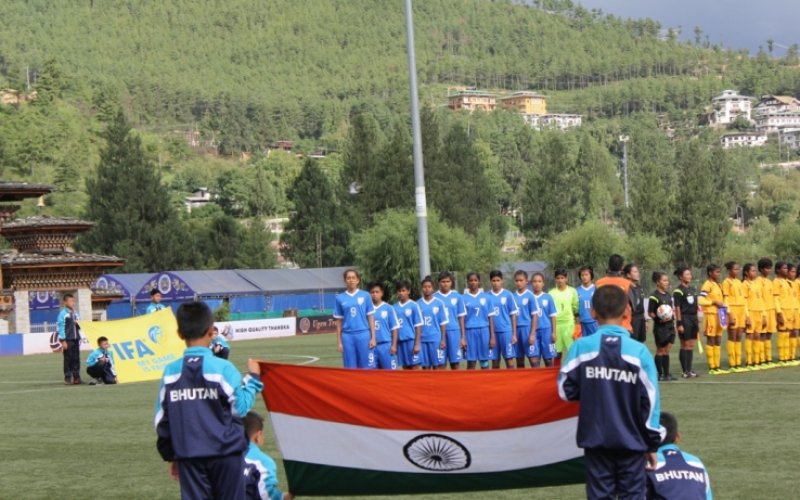 THIMPHU (BHUTAN): After the Indian U-15 Women’s National Team defeated hosts Bhutan 1-0 to top Group A and progress to the semi-finals of the SAFF U-15 Championship, Head Coach Firmin D’Souza said that the scoreline was a stale reflection of the match.

“We should have scored four goals or more. We hit the bar thrice and had many clear opportunities to win the match by a fancy scoreline”

Shilky Devi’s second half strike however proved to be the difference between the both sides in an end-to-end contest where India got the better of the hosts.

“The girls stuck to the plan and edged out a win, and at the end of the day what matters is to win in football. We maintained our shape throughout the match and held the Bhutanese forwards at bay”

Firmin made as many as five changes to the starting XI that defeated Sri Lanka 12-0, against Bhutan. “It was important to test other players as well and we had a good opportunity to do so against Bhutan”

But playing the hosts was an intimidating affair. The Stadium in Thimphu roared with fans beating drums and thousands cheering for the home team, Bhutan.

“For a lot of these girls, this is the first time that they are playing infront of such a big and intimidating crowd and hence there were some nervy moments early in the match”, Firmin explained. “But these moments and experience are also necessary to develop as a player”

Skipper Shilky Devi, who has scored four goals in two matches in the SAFF Championship so far, said, “I was really excited, but nervous, to play infront of opposition fans. But when I scored the goal, it made me really happy and proud”