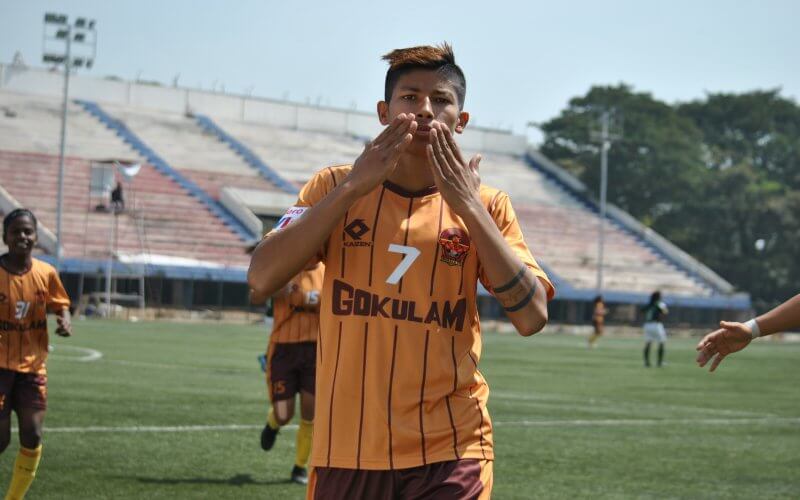 NEW DELHI: Sabitra Bhandari, the prolific Nepali striker who has taken the Hero Indian Women's League 2019-20 by storm with her dazzling scoring form, lauded the Indian Women's Football structure on the side-lines of the ongoing campaign in Bengaluru.

"All India Football Federation have categorically invested time and money in women's football and that's why they have scaled a newer height. The foundation of women's football in India is what we in Nepal look up to. I feel it'll improve by manifolds in the near future," Sabitra opined in an exclusive chat with www.the-aiff.com.

"In Nepal, it's only three teams who provide women players for the National Team. The pool is relatively small as well as the number of players is not very high whereas, in India, the talent pool is huge which gives everyone a substantial chance to showcase her talent to get noticed. This makes a huge difference in the long run," she continued.

The Gokulam Kerala FC striker has already scored 11 goals in 3 matches including two fivers against Kenkre, and Odisha Police in their last two outings. Meanwhile, she was very much into thick of the action in the last season when she plied her trade for the champions Sethu FC.

She praised the Hero Indian Women's League as well, saying that it has made her a better player and the experience of playing alongside country's best footballers has been immense.

"Hero IWL has improved me as a player. I had a dream of playing alongside Bala (Devi) and Kamala (Devi). Last year, I played against both of them and this year, I'm in the same team with Kamala. Every day, I get to learn so much from her," Sabitra added.

“Bala has been an inspiration to all of us. I also have a long-cherished dream of playing outside of Asia. Bala's success story will inspire more girls in Southeast Asia to play football seriously."