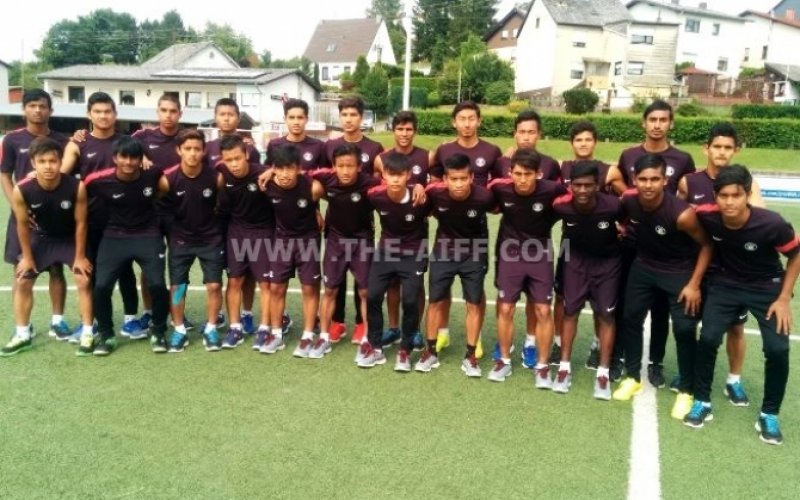 NEW DELHI: The Indian U-16 National Team presently in Europe for an exposure Tour as part of their preparatory process for the 2017 FIFA U-17 World Cup defeated Saarlandauswahl U-18 Team 5-0 in a practice match.

For the winners, Aman Chhetri scored a brace while Komal, Sanjeev and Amarjit scored one apiece. India led 3-0 at the half-time.

In what was an one-sided match, the Indian colts coached by Nicolai Adam opened the scoring in the 7th minute through Komal Thatal. Amarjit playing in the Central midfield flicked it for Komal who made no mistake.

The second goal came some 10 minutes later. Amarjit essayed a defence splitting pass to Aman who placed it past the onrushing rival Goalkeeper.

India made it 3-0 four minutes prior to the interval – in the 41st minute. Amarjit found Komal on the left flank and the latter got past the defender and laid it for Aman to place it in.

Changing over, it took another 13 minutes for India to score again when Sanjeev curled it in from a free-kick in the 58th minute.

Amarjit completed the rout in the 69th minute. Ninthoi dribbled on the right flank and tried to find Komal. The latter’s dummy run foxed the rival defence enabling a cool Amarjit to slot it home.