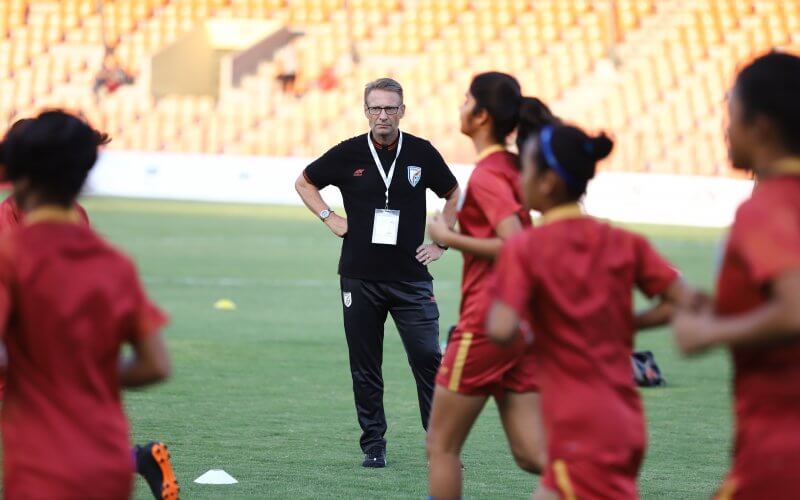 NEW DELHI: The announcement of the new window for the FIFA U-17 Women’s World Cup India 2020 has helped the India U-17 Women’s girls “re-focus their efforts to prepare for the tournament,” feels head coach Thomas Dennerby.

“The first step was to get a definitive answer about the new dates for the World Cup. You can prepare all you want, but the moment we got a definitive date from FIFA – it really rejuvenated everyone,” Dennerby said in a live session on the Indian Football Team Facebook page.

The competition was originally slated to be held in India in November, this year. However, due to the ongoing worldwide COVID-19 pandemic, it has been postponed and is now slated from February 17-March 7, 2021.

“Yes, we have lost some time during the Lockdown, but that is something that everyone has to go through. Besides that, the postponement of the tournament has compensated for this period, I feel,” said Dennerby, who had guided Sweden to a third-place finish in the FIFA Women’s World Cup 2011.

🗣 Thomas Dennerby : I need to learn about every player in my team because even though it’s a team sport, the squad consists of 21 different individuals.👩🏻👱🏽‍♀️👩🏾‍🦱#IndianFootball #ShePower #BackTheBlue pic.twitter.com/66BO5PNBFL

The India U-17 Women’s Team coaching staff has been holding regular webinars with the players in an effort to monitor their indoor training activities. The 60-year-old Swede believes that the announcement of the new dates has meant that the glimmer was back in the eyes of the players during each online training session.

“In our webinars and meetings, we could really see that the girls found that glimmer back in their eyes. Yes, a deadline and a target can do wonders,” he smiled.

. 🗣️ @thomasdennerby: Once the referee blows the whistle, it's all about football. Playing football is something that's natural to every player, and that thought can help them handle a pressure situation 🙌 . #BackTheBlue 💙 #IndianFootball ⚽

Dennerby, who has come to India with the experience of coaching the Sweden and Nigeria women’s teams in the senior FIFA World Cups believes that the postponement has well-compensated for the pitch-time lost during the Coronavirus Lockdown.

“We have further used this time to work on the girls’ fitness. We have given them all training routines, and have been monitoring their progress steadily. I believe that they will be much fitter when they join the team for the camp, once the Lockdown is over,” the coach informed.