Women Football
The kind of support we got at Gokulam after winning title further motivated us, says Aditi Chauhan 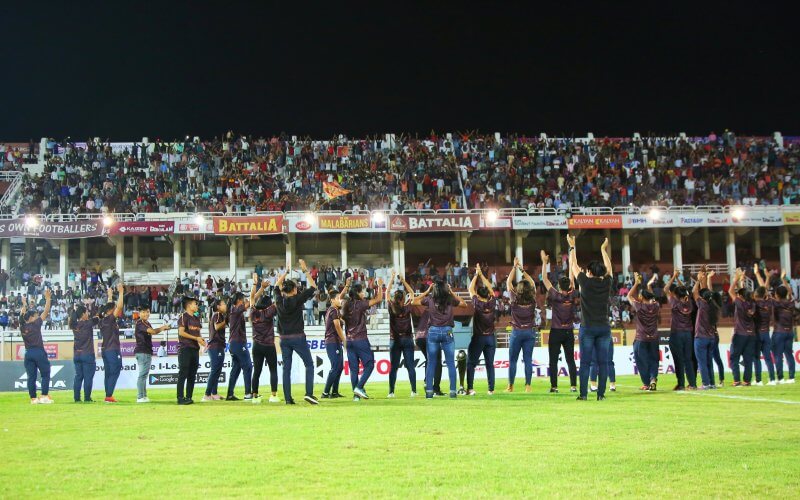 NEW DELHI: Indian Women’s Team goalkeeper Aditi Chauhan lauded Gokulam Kerala Football Club for their efforts to popularize women’s football in the country, specifically referring to the massive reception given to the Hero Indian Women’s League champions during one of the club’s Hero I-League games.

Speaking to AIFF TV during a live Q&A session, Chauhan expressed her amazement at such a reception.

“It was absolutely amazing – like a dream! I never imagined I’d be getting such a reception in front of the Gokulam home crowd,” said Chauhan. “It was an absolute pleasure to be able to share that moment with the fans.”

India women's national team custodian @aditichauhan_official talks about her experience with the national team, the growth of women's football in India and a host of many more interesting topics! #IndianFootball #AskAditi #ShePower #BackTheBlue

Speaking about the club, the India International further went on to reveal how much interest the management showed in the day-to-day workings at the club.

“They have a very professional setup at Gokulam. The club management really makes sure that the players get everything they need,” she said. “I was surprised to see the owner in the stands, but when I spoke to one of the men’s team players, and he told me that the owner is there in the stands quite often.”

“That kind of support from the management really gives you that bit of extra motivation as a player to better your performances.”

With the advent of the Hero IWL, the women’s football ecosystem has begun to take a more professional shape over the last four seasons, feels Aditi.

“A lot has changed in women’s football now, and with the Hero IWL in the scene, a lot has improved over the years,” the 27-year-old believes.

She further urged parents in the country to encourage their daughters to actively take up sports, something that she believes has helped her when she was a kid.

“Culturally, the way of thinking in our country has been different, but that is changing. My parents’ support when I was younger, was crucial back then. That is why I would like to urge all the parents to encourage girls to play any sport. If they play football, that’s the icing on the cake for me. Football has that competitive spirit that can bring the best out of a girl. All they need is your support and encouragement,” said Aditi.