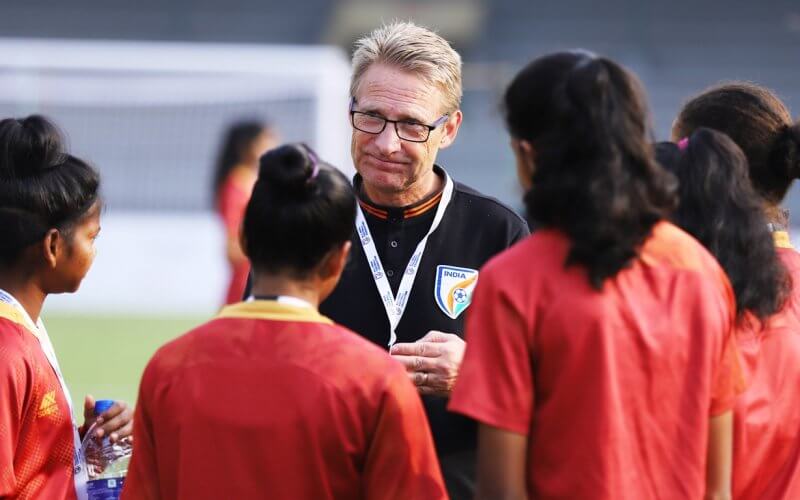 NEW DELHI: The India U-17 women's team finished its Turkey outing with a draw and win against their Romanian counterparts as the first game ended with a 3-3 scoreline on Sunday (February 16, 2020) and the second saw them record a 1-0 victory on Wednesday (February 19, 2020).

Head coach Thomas Dennerby stated that the experience has made the players "more confident" and helped them inculcate a winning feeling in the team.

"The girls are more confident now. The matches have helped us develop a good feeling and help with team-building. To win games is always important and when you have that good feeling, you want to experience it again," the former Sweden and Nigeria women's teams head coach stated.

Dennerby mentioned that the stamina levels of the team have improved as well. He said, "By playing here, we found that our stamina and endurance is better now. The other team was more tired than we were during and after the games. Now, we go back to Goa again and keep training harder as we have been."

After the first match against Romania, Dennerby had stressed on the importance of being more organized in defence and the subsequent game saw them register a clean sheet and a victory.

Speaking about his takeaways from the match, he said, "We had a really good game. The defence was very solid -- with good positioning and good decision-making from everyone. The attacking game was also good with quicker decision-making and passing play."

"We had some really good attacks from the wings that created many chances. Only thing I can perhaps complain about is that we could have scored more goals," he added.

Dennerby also spoke about being more clinical in front of goal as the team continues their preparation for the FIFA U-17 Women's World Cup, which is scheduled to kick-off on November 2, 2020 across five cities -- Guwahati, Kolkata, Ahmedabad, Bhubaneswar and Navi Mumbai.

He continued, "In the second game, we improved. Still, we have to be a little bit more focused and make the most of the chances we get. When we play against the best teams in the world, we need to take the opportunities we get and need more sharpness in the box, perhaps."

"We are taking steps towards our ultimate goal. It's a team in progress and we know for sure that we can do even better in the future," he rounded off, with a smile.