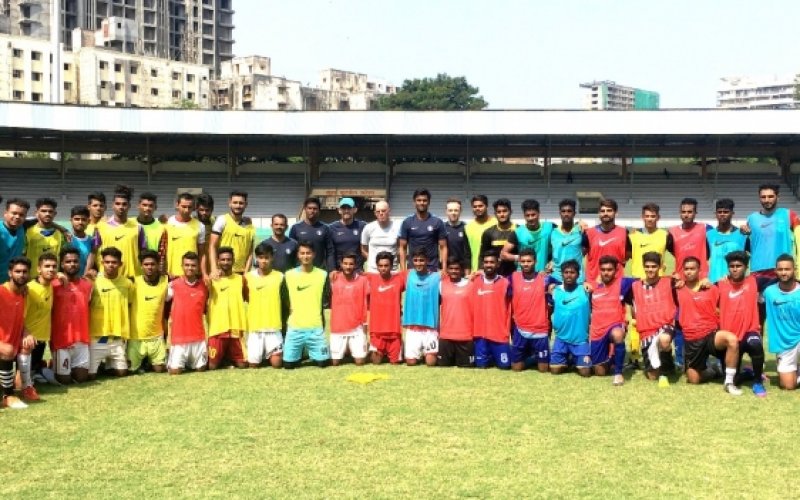 NEW DELHI: A total of 40 U-22 players from all across the Country selected by All India Football Federation’s scouting network are undergoing trials under National Coach Stephen Constantine at the Andheri Sports Complex in Mumbai in a four-day trial camp which commenced on May 15, 2017 and will go on until May 18, 2017.

“I have always believed that there is talent in this Country. Hence, we have summoned a lot many players whom we selected from the Universities and the Santosh Trophy. These are players whom we have not seen before and if at least one player is good enough to go to the next level, it will be a huge success for the AIFF’s scouting network,” Constantine said.

Constantine has handed debuts to 31 players since taking over as the National Coach in February 2015. At that time India were ranked 171 in the FIFA ladder and slipped further to 173 in March 2015 even before Constantine could have his first game in charge against Nepal, which India won 2-0 on aggregate.

The Players are mentioned below: