Women Football
Playing football at this level is a dream come true for me: Bala Devi 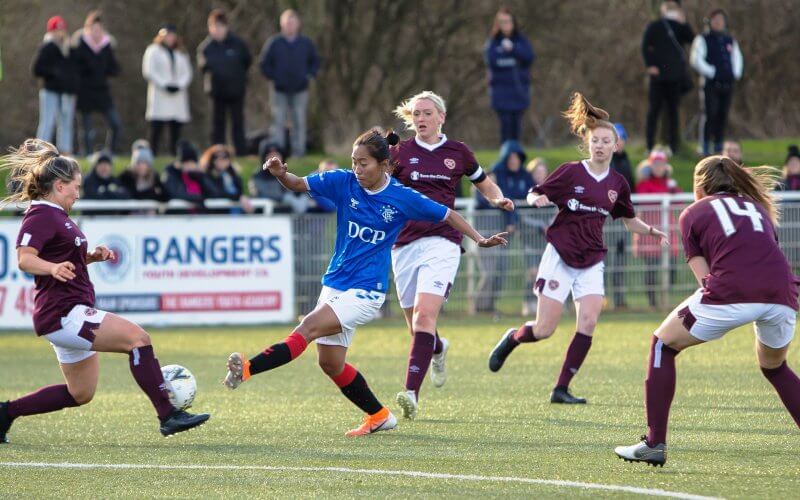 NEW DELHI: Having started in her first match for Rangers FC in the Scottish Women’s Premier League, and the next one in the Scottish Women’s Cup, National Team striker Bala Devi feels she needs to “make the most of the opportunity and push herself harder.” In her first interview after making her debut for Rangers FC, Bala opens up about her life at the Rangers, the “higher tempo,” she being the sole Asian player in the Club, the curiosity surrounding Atihi Deva Bhavo, and much more. EXCERPTS:

You have started for both the official matches for Rangers FC. How was your experience been?

It has been a great experience. The first two Cup matches were postponed due to bad weather, and I got to start in the next two, and winning both in the process. It’s been such a sweet beginning. Playing club football at this level is kind of a dream come true for me – the tempo is much higher. The weather has been cold and windy. But that’s all that a professional footballer needs to cope up with (smiles).

How have your teammates reacted?

Their warmth made it easier for me to settle down. They have been exceptional, extremely supportive and friendly. Despite 6 of us being from various nationalities, I am the sole one from Asia. I find them curious to know more about India, and our culture of Atithi Devo Bhava.

How much of confidence has this added to you as a player?

From a player’s perspective, every match adds to your confidence. And here we are speaking about matches in the Scottish Women’s League. Such matches add immense value in your quest to become complete as a player. It gives you that confidence that you are as good as a player you thought yourself to be, and that you can do better. It’s not everyone who is able to push oneself this far. It motivates me more to further improve.

What is special in the training sessions?

The training sessions are very intense. I can feel myself improving all the time. The level of training and the constant support structure at the club is pushing us to further evaluate myself as a player. This is an opportunity which I have to grab, and make the most of at any cost.

The facilities here have been quite amazing. The training centre is equipped with all support facilities including the gymnasium and the rehab centre. Getting match time after all the hard work in training sessions adds to your satisfaction, and makes you hungrier for more.

Where are you staying? Are you cooking your own food?

I am together with some other International players in Glasgow. The surroundings are very picturesque, and we take some 25 minutes to drive to our training. As I have settled down by now, I am cooking my own food; while the pre and post-training meals are the club cafeteria. It’s a footballer’s diet and adjusting to it hasn’t been much of a problem as that’s also been our staple diet while at National Team sessions.