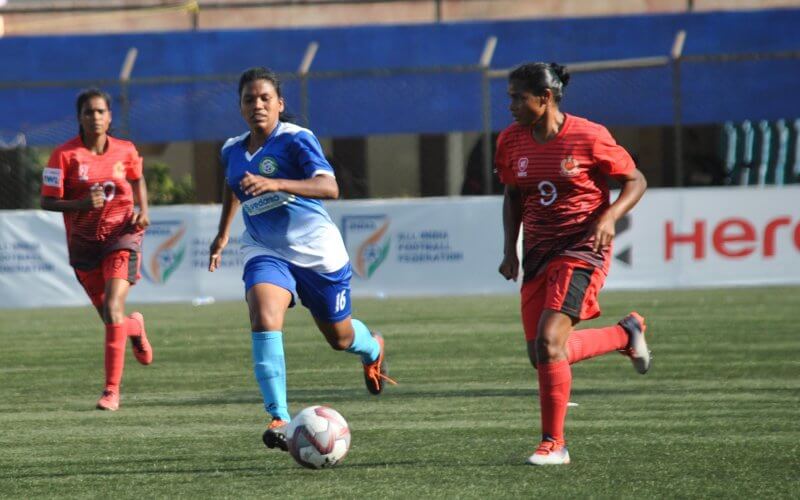 The result sees Odisha Police rise to third in the Group B standings. They are now in with a chance to qualify for the semifinals if they can earn a win against West Bengal’s Sreebhumi FC and hope for a favourable result when Kenkre play against Bangalore United in their final group game.

One change in this game that particularly that sparked attention was the deployment of Odisha goalkeeper Tikina Samal as a forward, with Rajeswari Das taking her place instead between the sticks.

Arati Anima Khadia opened the scoring for Odisha in the 24th minute before a defensive scramble led to Tikina Samal getting the final touch, and making it 2-0 in the 34th minute.

A wonderful solo run by Jabamani Soren, darting down the middle and leaving every defender at bay saw Odisha triple their advantage going into half-time.

The second half went exactly how the first went, with Soren’s left-footed strike from 25 yards out leaving the keeper stranded for her second and Odisha’s fourth goal in the 54th minute.

Soren completed her sumptuous hat-trick in the 67th minute, before setting up Tikina Samal for her second in the 85th minute -- thus completing the 6-0 rout.