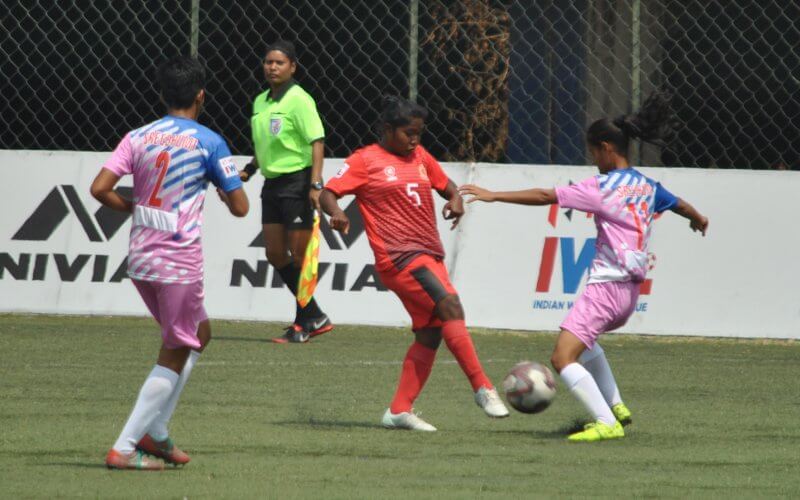 Tikina Samal’s first-half goal for Odisha was cancelled out by Poonam’s second-half penalty for Sreebhumi.

With the Hero IWL semi-finalists already confirmed for this season, both sides took to the pitch with the hope of signing off on a high.

Sreebhumi failed to deal with a corner and after a scramble in the box, Tikina Samal took full advantage as the ball fell to her feet, volleying it home in the 26th minute to put Odisha up by a goal.

Having played as a goalkeeper for the first three games, Samal now has three goals to her name after she was deployed as a forward.

The side from West Bengal was awarded a penalty in the 78th minute after Odisha skipper Karishma Oram was adjudged to have handled the ball in the box. Poonam stepped up and made no mistake from 12 yards, sending the keeper the wrong way.

Sreebhumi had a golden opportunity in stoppage time to steal the three points, after catching the Odisha defence off-guard on the counter, but Mamta couldn’t get the required finishing touch, leaving the spoils to be shared.