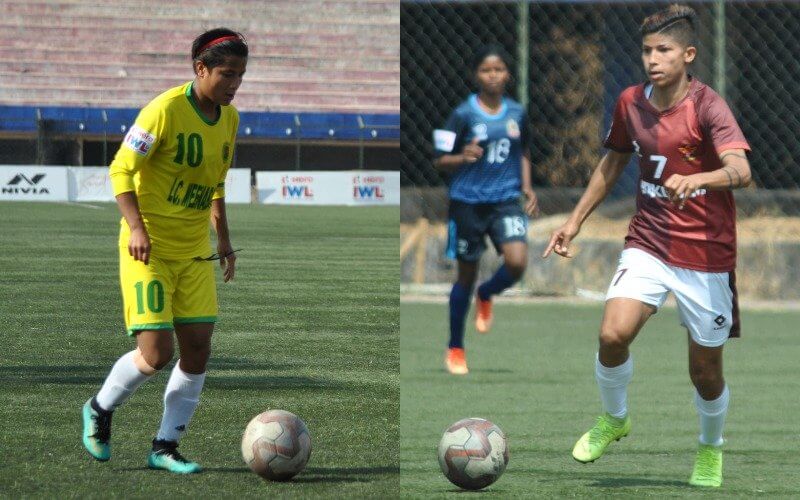 BENGALURU: Kangchup Road Young Physical and Sports Association (KRYPHSA) FC will be taking on Gokulam Kerala FC (GKFC) in the final of the fourth edition of the Hero Indian Women’s League (IWL) on Friday (February 14, 2020).

All roads lead to the Bangalore Football Stadium for the grand culmination of yet another enthralling season of Indian women’s football, with kick-off slated for 2:00 pm IST. The match will be broadcast LIVE on the Indian Football Team Facebook page.

Kryphsa were denied a date with destiny two years ago, when they lost on penalties to Rising Student’s Club in the semi-finals. Gokulam too, suffered a 2-4 defeat in the hands of Manipur Police at the same stage, a year ago. Having successfully navigated their way to the finals this time, either side will be looking to exorcise their past demons.

The setting couldn’t have been any better, pitting the best defence of this IWL season against the best offence. Kryphsa made a clean sweep in the group stages, conceding none but did pick one out of the back of their net against Kenkre in the semi-finals.

Gokulam, on the other hand, have scored a staggering 28 goals in five games in the group stage, adding three more in the semis against defending champions Sethu FC, taking their tally for the season to 31.

“Scoring an astounding number of goals isn’t everything. It’s also about winning and getting the job done. Come Friday, we will be going all out for the title,” says an upbeat Chaoba Devi, Head Coach, Kryphsa FC.

Kryphsa have been a complete package this term – showing immense defensive solidarity through the likes of Sweety Devi, Lilthoingambi Devi and Pakpi Devi at the back, transitioning play through their orchestrator Anju Tamang and metronome Babysana Devi in midfield, skipper Dangmei Grace’s vision and Roja Devi’s positional instinct to complement Ratanbala Devi’s lethality.

Coach Chaoba Devi highlighted the togetherness in her camp and the importance of it by adding, “My girls have been together at this club for more than 10 years. We have a good understanding and chemistry amongst ourselves.”

“Everyone’s fit and ready for the final. We don’t have any injury concerns”, she concluded.

The Malabarians have settled for a more direct approach, going route one through goals and scoring for fun. Their most emphatic result this season was the 10-1 demolition of semi-finalists Kenkre in the group stages.

Talismanic forward Sabitra Bhandari has claimed the headlines, having scored 18 goals in seven games (including qualifiers) but to cite Gokulam’s amazing run to the final, Kryphsa need to be wary of the hazards beyond the Nepal international.

Kamala Devi has time and again dropped down to function as the false nine, allowing Bhandari more space to venture forward. The duo have scored an astounding 28 goals between them out of Gokulam’s 31, with skipper Michel Castanha, Kashmina and Grace Hauhnar supplying the goods from the middle of the park.

Umapati Devi and Manisa Panna have made a good pairing at the back, with Indian Women’s National Team goalkeeper Aditi Chauhan adding her calming presence between the sticks.

“It’s a wonderful feeling to be in the final. The semi-final win against Sethu wasn’t easy, given that they are the defending champions and our southern rivals. Getting that result has given us immense confidence,” says PV Priya, Head Coach, Gokulam Kerala FC.

She cited the reason behind her team’s impressive run by saying, “Our three pillars of strength have been youth, experience, and unity. We respect Kryphsa but IWL has always been our dream and on Friday, we will leave it all on the pitch. My girls are ready for the challenge.”

Irrespective of which team emerges victorious on Friday, the ongoing revolution in Indian women’s football is set to add another chapter to its ever-growing repertoire.

Women's Football India held to a draw by Bangladesh in SAFF U-20 Wo...

Women's Football India U-17 Women to face Jordan on Monday