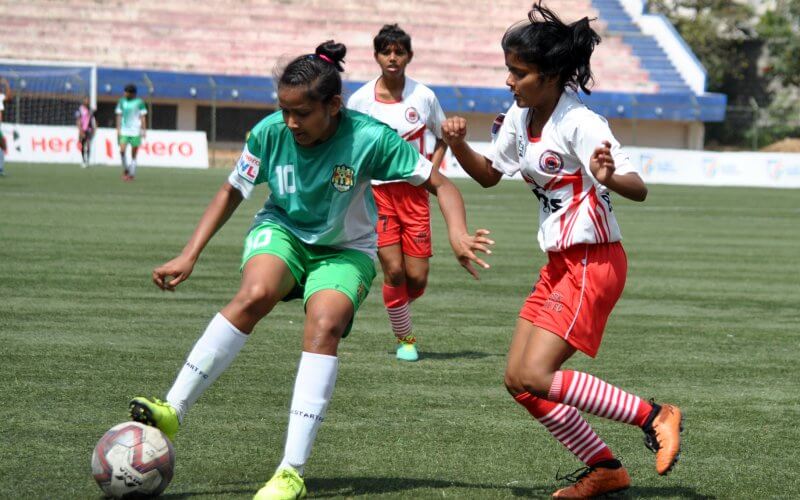 Wednesday, February 05, 2020: Kickstart FC registered a solid 4-0 victory over BBK DAV in their last Hero Indian Women’s League (IWL) Group A fixture at the Bangalore Football Stadium on Wednesday as both teams close out their campaign.

The match was thoroughly dominated by the Karnataka side, with the result never looking in doubt. Mamta’s free-kick from about 30 yards rattled the crossbar, much to BBK’s momentary relief.

The writing had been on the wall for a while and the deadlock was broken in the 40th minute by Mona, who finish to a speculative cross caught Radhika Khodre in goal off-guard as it gently rolled past her.

Just a minute later, another cross paid dividends and it was Kavya P. this time with a clinical header to double the advantage going into the break.

Kickstart earned a penalty in the 57th minute for a handball and despite Renu’s conversion from 12 yards, the goal was ruled out for an infringement by a flurry of Kickstart shirts.

She got her goal, however, in the 83rd minute with a fine solo effort, going past three BBK DAV defenders all by herself before slotting it to the keeper’s right.

Kavya P. added her second to make it 4-0 in the 90th minute and finish off the game in style.